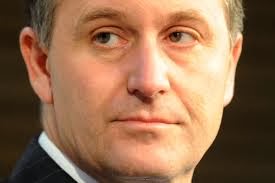 This post was originally posted at Local Bodies by bspout. It is a pretty good summary of National’s spins away from reality.

This National led Government has seriously mismanaged things and is desperate to hide the true effects of its governance over the last five years. I half suspect many of the retiring National MPs are jumping ship because they don’t want to be around when the proverbial hits the fan.

National have carefully constructed showy facades that hide flimsy realities and I have attempted to give some examples below:

The facade: A Rock Star Economy

The Reality: We are enjoying the the dairy commodity boom, another property bubble and the activity generated from the Christchurch rebuild. Agricultural markets fluctuate, all our eggs are in one agricultural basket and all we need is another embarrassing contamination and we could lose markets quickly. Overblown property prices only benefit a few, a later crash is inevitable and Christchurch is a temporary phenomenon. The recovery is an unequal one, only 36% of those participating in a Stuff survey feel that they are better off and for the very wealthy the recession ended three years ago, the trickle down isn’t occurring. Research and Development is underfunded as a % of our GDP. Our current account deficit is still one of the highest in the OECD and the use of GDP is not a good measure of general economic performance.

What the Government is doing: Throwing out lots of ‘good news’ stories and claiming anyone who points out the weaknesses are just party poopers. It is still selling assets (Genesis Energy) and borrowing heavily.

The Reality: Our once successful public education system didn’t need fixing. It is reeling from the forced introduction of the flawed National Standards, the Novopay debacle, the constant blaming of underachievement on teachers (rather than poverty and inequity) and buying into the global eduction reform movement (GERM) that has had a devastating effect on other countries. For the first time in decades we have plummeted in our international ranking. Our teaching has narrowed to literacy and numeracy, constant data collection and our advisors and special education support have been cut. Early childhood centres are no longer funded to employ 100% qualified staff, our teachers are demoralized and our support staff feel undervalued.

What the Government is doing: Using flawed data and misinformation to give the impression of improvements (when there are none) and refusing to allow scrutiny of that data. Parata claims that Level 2 results have seen a remarkable 7% lift in Pasifika pass rates and 4% for Maori, but these statistics are being questioned. Attempts to analyze the data was suddenly blocked by the NZQA, who strangely removed the information from their website (May ’13). When the Listener lodged an OIA request to see what prompted this decision, nothing could be found, it had just happened. The $359 million windfall for super teachers and principals will make little difference to achievement but will potentiallybuy out education leadership and make them compliant to flawed government policy.

The facade: Our environment is better than most and looks great in movies.

The Reality: 80% of our lowland rivers polluted, our wetlands and estuaries are experiencing eutrophication and 50% of our native species are heading for extinction. The growing intensification of dairying and the expansion of coal mining, fracking and deep sea oil drilling will see our greenhouse gas emissions continue to grow. Our clean green, 100% pure branding is being questioned internationally.

What the Government is doing: The RMA is being weakened and public input into consents for potentially polluting industries like deep sea oil drilling is being blocked. The Government has cut funding to an already struggling DoC and is determined to push through irrigation schemes, despite concerns, to further intensify dairying. The Government is still pursuing the mining of conservation areas. The Government stopped the comprehensive State of the Environment reporting and all reporting will now be limitedto what they want the public to know. Independent scientific assessments from the likes of scientist Mike Joy have been actively discouraged.

The facade: poverty has flatlined, the Government has increased immunisations, is insulating homes  and getting people into work.

The Reality: At least 20% of children live in poverty where their basic daily needs are not met (food, clothing, sleeping arrangements) and it has been estimated that around 50% of all children will experience poverty at some time. Maori and Pasifika families have suffered more than others with the median household incomes dropping considerably over the last few years. Inequality is growing faster in New Zealand than most OECD countries. New Zealand has amongst the worst statistics (29th out of 30) for the health and welfare of children.

What the Government is doing: Lifting demands and expectations that parents should be in work (no matter the pay, hours and conditions) and encouraging growth of early childhood centres but not funding above 80% qualified staff. Keeping the minimum wage low so that we have growing numbers of working poor. No expectation that rental homes meet minimum  standards. Knowingly misrepresenting poverty statistics and refusing tomeasure child poverty or follow the advice of the Children’s Commissioner and theSalvation Army.

The facade: The Government is creating more jobs and unemployment is dropping (now 6%)

The Reality: We still have almost double the levels of unemployment that existed when National came to power in 2008 (3.9 unemployment) and we now have one of the largest percentages of those under-employed in the OECD. Roy Morgan has assessed our unemployment as actually 2.5% above official statistics and has unemployment at 8.5% and a further 11.3% are looking for more work or are under-employed. This means that almost 20% of our workers are either unemployed or under-employed and this is equal to 519,000 people. This number has increased by 69,000 since the last quarter estimates. The working poor are being seen in growing numbers at food banks. Many manufacturers are struggling with the value of our dollar and the high costs of rental property and power. Our wealthiest business people have seen huge increases in wealth (much due to property investment) since 2011 but this has not translated to higher wages or greater investment in jobs. New Zealand is now regarded as lower wage economy with flexible employment law that is suitable for setting up call centres.

What the Government is doing: Keeping wages low with the introduction of a youth rate and using Working for Families to subsidise wages for employers ($3 billion per year).Government procurement does not support New Zealand businesses as it could and we are losing skilled workers and higher paid jobs that would employ the 25% of our university graduates that head overseas. The Government is also changing employment law to limit things like collective bargaining and removing compulsory meal breaks to favour employers.

I intend to use future posts to describe how the Green Party would do things differently and put in place  sustainable alternatives that will allow more New Zealanders to prosper. I haven’t covered other secrets that are of concern, like the real truth behind GCSB operations and the secret TTPA negotiations, but this will do as a start I guess.