Revolutions, political movements and protests are fueled by songs.  They bring people together in common cause, draw attention to devastating conditions, tell stories of unbearable hardship, reassure the oppressed that they are not alone, and inspire people to take political action. 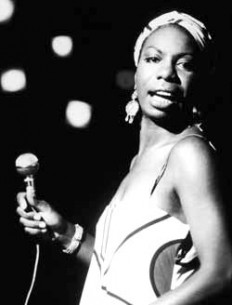 I woke up the other morning with this Pulp song in my head.  It’s catchy and very much naff 90s fashion in style and clothes  – the days when consumer society was dominant and unavoidable.  However, in it’s time it was a great pop song attack on wealthy pseuds who want to ease their conscience by slumming it with the “common” folk – without understand the daily struggles of people on low and mediocre incomes. Common People

This thread is for sharing your favourite songs that tell of the struggles of ordinary people: of social issues, community solidarity, protests, political movements and revolution.  It’s also for you to comment on, and tell stories of, and about such songs.

Hope you get to spend Labour Weekend the way you want to! And take a moment to ponder on its significance. Update: From Rosie comes the topical video of the day so far Home Brew ‘Listen to Us’.