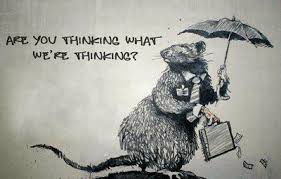 So the exodus has started.  So far seven National MPs have announced that they will not stand next year in the general election and the impression that these announcements were made with their arms firmly wedged up their back is strong.

Chris Tremain has said he will not stand again thereby opening up the seat of Napier for Stuart Nash.  Gentlemanly Chris Auchinvold from the West Coast has also announced his retirement.  Phil Heatley has realised that buying booze on the country’s credit card is a career ending move and will relinquish his Whangarei seat.

Paul Hutchison, MP for Port Waikato is standing down.  He is someone that I had a lot of time for.  Perhaps his career highlight is his contribution to the Marriage Equality debate.  He said early on that “I simply cannot construct a strong enough intellectual moral health or even spiritual argument against it; consequently I will be voting for it.”  The National Party could use more free thinkers like Paul.

Cam Calder is also going.  His claim to fame appears to be that he served on the international governing body for pétanque.

Yesterday Kate Wilkinson bailed and Katrina Shanks also announced her retirement.  Perhaps Katrina’s one claim to fame is her speech on the file sharing bill.  For the sale of posterity I thought that her contribution should be recorded in the annals of the Standard.  Watch it and marvel at her grasp of the subject.  Wonder why the powers that be have not chosen to retain her skills.

David Farrar has reported that anything from one to six more MPs may go.  It seems that the retirements of some will not be so voluntary.  Colin King in Kaikoura and John Hayes in Wairarapa are said to be facing the prospect of challenges.  And Craig Foss is also rumoured to be standing down although he has said that he would again contest for the seat of Tukituki.

Bill English’s standing down as MP for Clutha Southland may be related to a rejuvenated Labour organisation in the area but is more likely to be so that he can bail if National do lose in 2014.