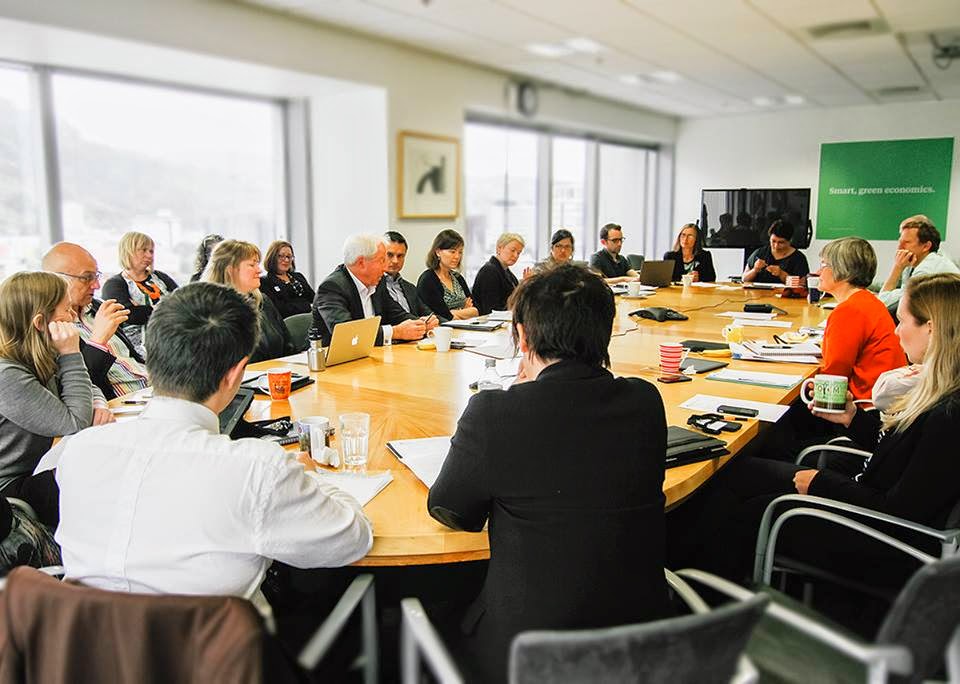 I admit that I was disappointed and slightly gutted that I wasn’t part of the new Green Caucus this week, the way we were polling the week before it looked as though I had a real chance. It never happened and the celebratory feeling at the beginning of our election night party slowly morphed into a that of a wake when we realized that the 10% wasn’t going to grow.

I actually ended up grieving, not for myself, but for our party. We had put together an amazing team of people to lead our campaign and fundraising and we had worked extremely hard since 2011 in becoming prepared to govern. Our aspirational policies had been shaped into practical first steps of a transition to a cleaner, fairer, smarter future. We were the only party to have a clearly expressed economic vision that was independently reviewed. Our 6000 volunteers, door knocked, phone called, leaflet dropped and put up more billboards than ever before. Our online campaign was impressive and we easily out interneted the Internet Party.

I have already shared my views regarding where things went wrong, but a number of things went well. I couldn’t work out initially why our membership in Invercargill had doubled since 2011, a heap more people were volunteering and yet our vote didn’t increase. What I think has happened is that our committed Green voters actually strengthened. I have had more people tell me proudly, in voices loud enough for others to hear, that they had voted Green. Even the taxi driver who took me to the airport this morning told me he had voted Green and wants a billboard on his fence for the next election. In 2011 most told me this privately (with nervous looks behind them) that they had voted for us and in 2008 people who had quietly promised to vote for us couldn’t make eye contact afterwards. There has been a noticeable acceptance of the Greens as player in mainstream politics and voting Green has become more than a protest vote.

The remains of Labour’s caucus will have to spend some time licking its collective wounds and trying to sort out a leader under the constant scrutiny of the media sharks. It may result in Labour ending up having four different leaders during the last four years and this instability and distraction does not lead to strong opposition. National loves to neuter each incoming leader before they can settle into the role and there will obviously be a replacement for Jason Ede (positioned somewhere near Key’s Office) to continue the work that has proved successful in the past. Once they finally confirm a leader (a lengthy process now), Labour will be too busy fighting yet more innuendo and character assassinations to function effectively in opposition.
Even with the experienced Ron Mark joining New Zealand First’s new lineup, over half of Winston’s new team lack parliamentary experience and one even has asecret past. New Zealand First will be mainly relying on their leader, yet again, to lead their opposition and few will be effective in select committees for some time. Winston will also have his hands full appointing more staff and working out what kind of team he has brought in this time round.

There is also a good possibility that we Greens will retain fourteen MPs after the overseas votes are included in the total, thirteen of them are experienced and joined by the talented James Shaw (who will hit the ground running). We are the only opposition party largely intact and ready for immediate action. We are stronger, smarter and more able than at the beginning of 2011 and National’s frontline has taken some hits over the last few months. With the likes of David Seymour as an associate minister the Green opposition team are bound to wipe some smug smiles off a number of Government faces and the work has already begun.