Local Bodies: Manipulated Data and the Art of Deception 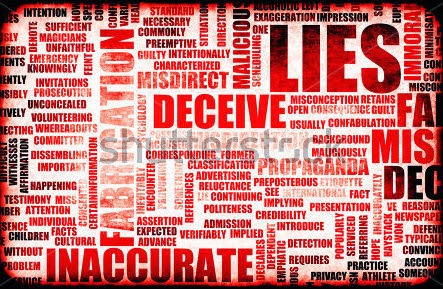 The National led Government are desperate to present the good news stories to promote the success of the past six years of their governance. They have increased the budget and the numbers of their spin doctors to ensure that it is mainly positive messages that make into the public domain. The staff employed to support the Prime Minister and cabinet and their daily spin currently costs around $22 million. There was an increase in the funding to support the PM and his cabinet by 18% in 2013. The support provided to the PM was seen in an email mistakenly sent to a journalist which reinforces  the PM’s successful strategy of down-playing serious issues.

I have already looked at the differences between the spin and the reality in different sectors in an earlier post, Government Spin and Hidden Secrets, but thought that I could especially focus on how they are manipulating data and restricting its availability. If the government had a written strategy it would look something like this:

Just talk about the money being spent without context:

You will notice when any Minister is questioned about what they are doing to improve health or alleviating poverty etc. they will invariably talk about the money being spent. The know the general public see anything in the millions as being substantial spending and without a context it always sounds impressive.

Tony Ryall is especially good at this because when he states that the Government is spending $60 million a year on diabetes prevention it sounds good unless one knows that he has actually cut the investment from $70 million in 2008-9  and the treatment costs of our growing diabetes’ epidemic will balloon to $1.78 billion in the next seven years. Tony Ryall often claims that his Government is spending more than any other on health, which also sounds great until one realizes that with a growing population and inflation, even larger increases would be necessary just to maintain the status quo in services. In fact health spending is is being cut over time in real terms. In a recent personal visit to the Invercargill hospital and chatting to staff I as told how they are constantly dealing with staffing and bed shortages and their situation is getting worse as more people struggle to afford GP fees.

Early childhood education had their budget cut by $400 million in 2010, which immediately increased costs to parents and reduced the numbers of qualified staff in centres. People have short memories and now the Government receives praise for slowly increasing ECE funding even though it hasn’t returned to earlier levels. It has generously committed to an increase of $120 million over four years, which sounds genrous unless you realize that it is still $280 million short from where it was.

The same thing happens with the environment. The Government is spending $87.4 million on cleaning up waterways, which sounds impressive except that they are investing almost five times more ($400 million) on irrigation schemes to expand dairying, the very industry that is causing the bulk of the deterioration of our water. No wonder the lowest target for water quality is only that it is fit for wading.

Knowledge is power and the less people know the easier it is to push through ideological agendas that have no basis in evidence. Much to the consternation of our Commissioner for the Environment the Government wiped the five yearly, comprehensive state of the environment report. From now on instead of independently reporting and analyzing the obvious decline in our environment  the Government will control what is publicly released through its own ministry and the independent Environment Commissioner will comment on the findings and not lead the process as she did before.

Paula Bennet refuses to measure child poverty and so we can never know the real extent of the problem or measure progress. Addressing the symptoms and not the causes will never improve outcomes instead the Government has done little to improve substandard housing or low family incomes. It hasn’t even achieved its own targets to reduce levels of rheumatic fever.

This Government has reduced the funding to statistics New Zealand shortly after the 2013 census was completed and this will obviously limit the capacity for analysis of trends since the last census in 2006.

It is also clear that the Government likes to cherry pick science and research and openly rejects anything that is in conflict with its agenda. This is especially true for environmental science where water scientist Mike Joy has been publicly discredited even though his actual science has not been disproved, despite the Prime Minister’s claim that he could find an alternative view.

The Minister of Education also struggles to find relevant research to support her education initiates and generally rejects most of what comes from our local academics or quotes them out of context.

This government crows about the increases to New Zealand’s average incomes to claim a general improvement in people’s prosperity. The average can be easily lifted if some people earn substantially more. For instance if one person earned $250.000 a year and four people earned $25,000 a year the average income is $70,000 a year. The mean is a more accurate indicator ($25,000), which is actually what the majority would earn.

Currently the median weekly income from all sources is $575 a week (29,900 a year). Almost of all income earners in this country earn less than $29,000 a year. The large jumps in salary for those in management roles and the top end continue to lift the averages while those who are at the bottom have seen their incomes drop. TheMangere-Otahuhu board area has a median income of $19,700 and is a drop of 16% in real terms since the 2006 census. Despite average incomes are increasing, median incomes are dropping.

The Government also likes to promote the success of manufacturing in New Zealand but cleverly lumps primary goods with those that have added value. Our milk powder and logs have lifted exports considerably while other manufacturing sectors continue to struggle with our over valued dollar.

When the police were given targets to reduce crime then many became creative when recording crime to make sure their targets were achieved. While the government has been celebrating the reduction of crime in New Zealand under their watch it has been revealed the extent some have gone to in hiding the reality.

It was discovered that ACC employees were paid incentives to reduce the number of successful claims. National Standards and NCEA league tables shift the focus of teachers to lifting their school’s achievement results. While it may appear achievement levels are increasing it is often because schools end up just teaching to the tests and not really meeting the individual needs of students. Martin Thrupp’s qualitative researchrevealed a dangerous shift in school culture since the introduction of the curriculum narrowing National Standards.

It does make one wonder about the claimed drop in benefits being paid when recent research shows how difficult it is for desperate families to get their entitlements and those who don’t have english as a first language find it particularly hard to meet or understand requirements.

The Government cleverly manipulates data to hide the extent of poverty the degradation of the environment and the success of our economy. We are told crime is down, child poverty is getting no worse, education achievement is up, the economy is booming and less people are on the benefit. When evidence is presented to show otherwise (often sourced from the parliamentary library), Government ministers just respond by saying “I don’t accept that evidence” and generally follow with a statement beginning, “the reality is…”. Of course most of us who live in the real world know that National’s reality is a falsely constructed one.

7 comments on “Local Bodies: Manipulated Data and the Art of Deception ”