Reprinted with permission from Dave Kennedy (bsprout) at Local Bodies. See also the anonymous editorial in The Herald today – written no doubt by some genius who has never even looked at Dr Joy’s data, let alone understood its implications. 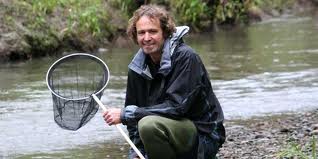 Dr Mike Joy is one of a number scientists who have been thrust into the public arena because their work and research conflicts with their Government’s economic agenda. Last year it was my privilege to support the hosting of Dr James Hansen, NASA scientist and climate change advisor to the US government during his speaking tour of New Zealand.  During the 1980s Dr Hansen had presented to the US Congress the large body of evidence and peer reviewed science that revealed the dramatic impact human activity was having on the Earth’s climate. He was shocked to discover that rather than accepting and acting on the information he had provided, Congress and President George Bush swiftly censored his work so that the public communications of his presentation were far less threatening. The Government had decided that the short term interests of business and the nation’s economy took precedence over the health and viability of the planet.

Like the majority of scientists Hansen operated in a sector where his reputation and the value of his research was determined by peer reviews and conclusions based on reliable evidence and high ethical standards. I would even go as far to suggest that many of our best scientists could be placed on the autistic/Aspergers spectrum, such is the importance of sticking to sound investigative process and accurate data. For such people using false evidence and promoting unsubstantiated opinions would be an anathema.

Dr Hansen would be the first to admit that he lacks the charisma and speaking skill to be a really effective communicator and he never sought public attention for its own sake. It is his concern for the planet and future of his much loved grandchildren that has thrust him into the limelight. He also realised that science alone would not shift government policy and he has found himself fronting public protests against activities that have a direct impact on the climate. He has even been arrested for peaceably protesting against a plan to pipe synthetic oil from the Canadian tar sands. 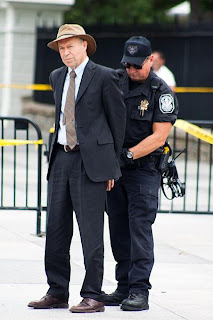 New Zealand scientist Dr Mike Joy is another scientist who has fallen foul of government and business interests because his work provides challenges to their activities. Like Hansen, Joy did not seek public attention but was initially thrust into the media spotlight when his findings were used to challenge our Prime Minister’s support of New Zealand’s “100% Pure” brand in an interview on BBC’s Hard Talk. The brand was extensively used to promote tourism in New Zealand and the Prime Minister held the tourism portfolio for his Government.

When confronted with Joy’s claim that many native species were close to extinction and that 90% of New Zealand’s low land rivers and that half of all lakes were polluted, John Key disagreed. He than made the extraordinary statement “That’s Mike Joy’s view, but I don’t share that view…he’s one academic and like lawyers I can provide you another one that would give a counter view.” In that one statement he reduced the value of science to mere opinion that is easily challenged.

Interestingly the Prime Minister hasn’t been able to find a scientist to provide this counter view but there are many, including the Government’s own  Commissioner for the Environment, whose own findings largely support Joy’s. There is even an environmental report produced by business group Pure Advantage that communicates the same concerning environmental information.

The efforts to discredit Joy reached a new level when he was asked to provide his opinion of New Zealand’s “purity” after the launch of a new tourist campaign using the100% pure brand accompanying the release of the Hobbit movie. Joy responded with his usual scientific honesty and had no awareness that his comments would be reported by the New York Times. Consequently he has been widely criticised and has even been accused of treachery by prominent Government lobbyist, Mark Unsworth:

Dear Dr Joy
Is your ego so great that you feel the need to sabotage all the efforts made by those promoting tourism in NZ because of your passionate views on the environment ?
You have the right to hold strong views but you ,as an academic whose salary is paid for by others taxes, must also act responsibly .
Letting your ego run riot worldwide in the manner you did can only lead to lower levels of inbound tourism .You may not care given your tenure in a nice comfy University lounge ,but to others this affects income and jobs.
Give that some thought next time you feel the need to see your name in print in New York .And possibly think of changing your name from Joy to Misery-its more accurate
Cheers
Mark Unsworth”

“Dear Graeme and Dan and Mike
You really do have no idea do you.Why don’t you ask your students about what they think of Mikes economic treachery.
You guys are the Foot and Mouth Disease of the tourism industry .

Most ordinary people in NZ would happily have you lot locked up.
Cheers Mark”

“Joy should be taken out and shot at dawn for economic sabotage…they (tourist operators) now have to put up with being ambushed by this prick who has probably never had a real job in his life. The biggest transformation for him has been from sitting behind a desk to standing in front of one.”

“If this clown is the product of higher learning long may I stay as thick as two strainer posts.”

This Government would rather base our economy on lies than science. They have not included the science curriculum in the National Standards for Education, they have sacked all our science advisors and are seriously underfunding R+D. With the Prime Minister’s own support we are developing a society that treats hard working scientists and their work with distain and mistrust. We now have treasury determining educational change and a money trader and business lobbyist defining the value of science, heaven help us!