bsprout on the Local Bodies blog, provides a case study, specific to Southland.  At the same time, it outlines a more general pattern that can be seen in many places, each with their own local circumstances. The post below was originally posted on Local Bodies on 8 January 2015. 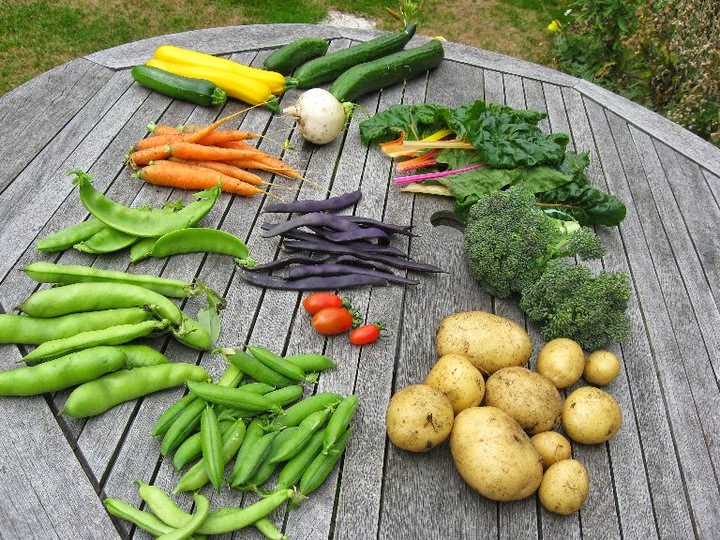 My first post for the year probably reflects the fact that I have spent a good amount of time in my garden. Watching my garden thrive in our current patch of good weather and harvesting a variety of vegetables and fruit has made me appreciate what a wonderful environment we have for growing food.

Southland doesn’t produce good bananas, pineapples or kumera, our climate isn’t warm enough for them, but we do grow great potatoes, gooseberries, rhubarb, currents, apples and swedes. My wife makes a delicious gooseberry sorbet that we love in summer and a gooseberry crumble in Winter that is par excellence. It seems strange to me that, gooseberries and currents are not grown in commercial quantities here and they are not commonly sold fresh in our local supermarket.

At one time our local dairy used to stock a small amount of locally sourced fresh fruit and vegetables (and even bought some of our gooseberries when we had more than we could use or store), but no longer. Supermarkets now have a monopoly in selling fruit and vegetables and have been quite aggressive in how they do this. When the Dunedin Farmers Market was being established supermarkets lobbied the City Council to police the private car parks around the market that were being used by customers. The car parks weren’t being used by businesses over the weekend but the supermarkets wanted to limit the access to their competition.

Supermarkets buy in bulk, want consistency of supply and because most Southland Island supermarkets have a centralised distribution system, produce must be able to be stored and transported for a number of days. This means that to ensure consistency of supply, fewer varieties can be sold and fruit is picked green and does not have the flavour of those that are tree ripened.

My sister, through her open orchards project, has identified around 50 different varieties of apple that have been grown in Southland with an amazing diversity of flavours and unique names (Merton Russet, Cornish Aromatic, Dipton redburst, Peasgood Non Such, Keyswick Codlin…). You will find none of these in a supermarket and now few people will have experienced the delights of a really large cooking apple as a baked treat in the middle of Winter.

We no longer manage our food production and supply to provide the best quality and variety to local consumers, we now have the situation where the corporate culture dictates what is eaten in most homes. Gareth Morgan has identified the dangerous trend for New Zealanders to eat the heavily processed and marketed ‘fake food’ rather than the real thing and obesity and Type 2 Diabetes has developed into a health crisis. Fast food has shifted from being an occasional treat to the main diet for many. Since the Government removed the necessity to provide healthy food in schools, educating young people to make informed, healthy choices is more difficult. It is hard to promote healthy food when the canteen sells packets of chips and coke that are cheaper than a salad roll.

Sadly most people don’t realize what we have lost through the corporate domination of our food supplies. Most New Zealanders will go through their lives without ever experiencing what it means to eat a diet that is full of locally produced fresh food and being aware of seasonal changes. This ignorance has meant that when McDonalds wanted to open a new outlet in Invercargill’s South City health organisations submitted objections, but most of the local residents appear to be supporting it. There are few complaints about the cost of fresh food but the availability of a fast food outlet is supported with some energy.

Our Southern Farmers Market is struggling to attract new stall holders and we have few local suppliers of fresh food. Our local strawberry farm has just closed down, we lost our independent supplier of A2 milk and we have no fish stall because of the corporate control of fishing quotas. Few people want to risk growing the fruit and vegetables that Southland grows well because when the median income in Invercargill is only $27,400 there is little discretionary income to pay for good quality local food and supermarkets have cheaper options. Many customers walk away from our market because they feel can’t afford the prices.

Even our local hospital will be spurning local suppliers of food when the contract goes to HBL. A similar thing has happened in Auckland and it will mean that the cheapest suppliers will be used even if the fish comes from Vietnam and the potatoes from Holland (as has happened in the past). The free market trade system has meant that our local producers have to compete in international markets where carbon footprints and worker exploitation are not factored. There is even a strong objection to providing clear country of origin labeling so that consumers have little way of telling where their food comes from. This is nothing about serving the best interests of consumers but supporting the best interests of corporate profits.

The neoliberal corporate culture has seen the likes of Monsanto and supermarkets control the production of food to suit their needs and this supports industrial, monoculture farming. Dairying now dominates agriculture in New Zealand and the quantity of milk produced is now more important than the quality or variety of products. Our local, lignite powered, Edendale Dairy factory has a drier capable of processing 100 litres of milk per second, producing 28 tonnes of milk powder per hour or 35 shipping containers full of milk powder every day. However when we have European wwoofers stay with us they tell us that our cheeses are not nearly as good as what is supplied by the many family businesses in their home country. Southland used to make the best porridge oats in the country but we are now a dairying province.

A recent UN report has claimed that if we really wanted to make the best use of our land to feed the world, we need to shift to small scale organic farms. The report advocates for a transformation towards “ecological intensification” and concludes, “This implies a rapid and significant shift from conventional, monoculture-based and high-external dependent industrial production toward mosaics of sustainable, regenerative production systems that also considerably improve the productivity of small scale farmers.”

Cuba has proven the success of small organic farms when trade embargoes stopped the importation of pesticides and herbicides and forced them to produce their own natural fertilizer and compost. Food production has increased and their mortality rate is now about the same as New Zealand and their life expectancy is better than the US. 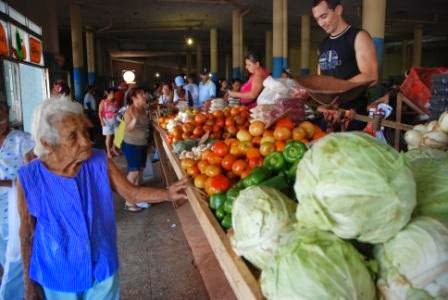 A Government’s role should be to regulate and control markets to make sure that that bullying monopolies and duopolies don’t occur and that the health and welfare of the citizens aren’t compromised by corporate greed. New Zealanders should have access to healthy fresh food that is grown locally and we should be supporting our own growers and encouraging quality and diversity.