Reprinted with permission from bsprout at Local Bodies… 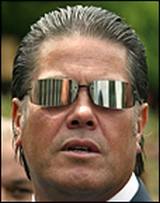 Despite the fact that education is one of the few sectors in New Zealand that is performing well in international terms this National led Government have spent a good amount of time, money and angst to force through comprehensive systemic change. Rather than have a high quality public system that has been built on a culture of collaboration and research, they want to introduce a more competitive culture where schools will be compared and ranked by targeted criteria. The fact that there has been no support for this approach in research and that no high performing eduction system uses this model has been deliberately ignored.

Martin Thrupp’s research into how National Standards have had an impact on the learning culture of schools has already come up with clear indications that concerning changes have occurred. Our narrow focus on literacy and numeracy has seen other learning areas suffer and a decline in science achievement and engagement has already been noted.

Even though the Prime Minister has admitted that their National Standards system has produced ropey data and Hekia Parata’s attempt at increasing class sizes was comprehensively rejected, National are determined to push through with their ideological agenda. Today we had an announcement regarding the final details of their version of Charter Schools, that they have named “Partnership Schools”. These are essentially private schools supported by public money that do not have to follow the same criteria and regulations as public schools and have had mixed successelsewhere.

National has always supported the private model over comprehensive public education and their $35 million increase in funding to private schooling when they first took power was an indication of their priorities. Their new Partnership Schools will not only have the security of government funding but they can also receive sponsorship from outside organisations and Brian Tamaki has indicate an interest in opening a school. While these schools will need to provide National Standards data they do not have to follow our National Curriculum and they are also not required to employ registered teachers.

The strengths of a strong public education system is that whatever the socio economic background of a child, there is an expectation that they can attend a local school that is funded appropriately to the needs of the community; be taught by registered teachers (who are required to meet prescribed professional standards); and have their learning occur within in a national curriculum so that there is consistency between all schools (especially helpful for our many transient children).

National do not value professionalism, which was clear when they lowered the 100% qualified teacher target for early childhood education to 80% to save money on teacher salaries. Since being in government, National have been determined to shut out professional involvement when establishing National Standards and any collaboration that has occurred it has been under the understanding that policy can’t be questioned. What they don’t appear to understand is that it is the quality of the teacher in the classroom that determines the quality of the teaching and learning and raising the status and improving the professional support for teachers would make the most positive difference. Allowing the likes of Brian Tamaki to receive government support to establish his own school, using his own curriculum and employing teachers who will only have to pass police vetting rings alarm bells for me.

I guess it is ironic that the Minister leading the introduction of Partnership Schools and extolling their quality and accountability is one John Banks.