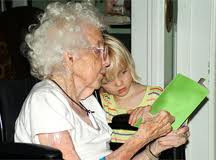 So says National MP Eric Roy in his latest blog post where he claims credit for the improved crime statistics. What Mr Roy conveniently ignores that the highest levels of offending ever in New Zealand occurred under a previous National Government in 1992 and since 1997 overall offending rates have been in steady decline despite the Government in power. He also ignores the fact that it is crimes of dishonesty that has dropped most substantially but violent crime and domestic abuse is on the increase.

This is also no time for self congratulation. Children in New Zealand are at greater riskof injury or abuse than most other OECD countries (29th out of 30) and we are one of the worst countries in the OECD for assault mortality. Sexual assaults have also risen considerably (up 15% over the last year) and so have our levels of domestic violence (over 2000 more police callouts over the last year). Even though our elderly are amongst the wealthiest in the world our levels of elderly care are shameful when few rest homes can meet basic requirements. We live in a violent, uncaring society and our most vulnerable are suffering.

It appears that the majority of the money being spent by this National led government is focussed on the bottom of the cliff stuff. Money has been spent on extra police and there will be investment in a child abuse data base, both are dealing with effects, not the causes. Even the police have voiced concern that they are having to regularly deal with mental health sufferers (call outs have doubled over the last 10 years) who should be the domain of trained professionals and proper facilities rather than police cells.

New Zealand has one of the fastest growing levels of income inequity in the OECD and we are suffering all of the consequences of inequitable societies.What we need is investment in families so that parents can stay at home looking after their preschool aged children without guilt or having to live in poverty. We need investment in those who are at the front line of support so that they can be paid a living wage and we can attract the best people to do this valuable work (we shouldn’t have rest home ownersmaking huge profits on the back of a cheap workforce and minimum standards of care).

We need an increase in family incomes, more jobs, greater investment in early childhood education and teaching in general. We need a welfare system that actually supports people into better situations, not punishing them for not succeeding. I want to live in a country that considers money spent on helping people as an investment,not a cost.

This National led Government is not being honest about the real statistics regarding personal safety and if it was being really sincere about making a difference they wouldn’t be spending $12 billion on roads that don’t pass basic cost benefit analysis, $36 million on the America’s Cup challenge and only $20 million on saving our most vulnerable children.

7 comments on “Local Bodies: Our Vulnerable Less Safe Under National ”