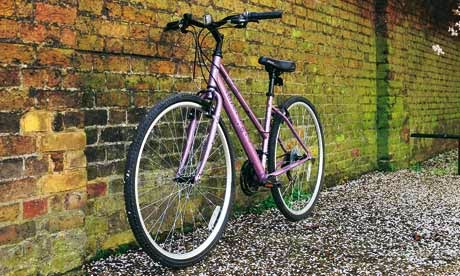 I spent last Saturday helping out with a cycling promotion in an Invercargill community market. The market occurs monthly and has been largely driven by a community minded, and recently elected city councillor, Rebecca Amundsen to revitalize a less affluent part of the city and generate a sense of community. Through her leadership the market has become an established event and the car park where the market is held has received extra funding for landscaping and public toilets have been built.

The idea of the cycling promotion was that children could bring their bikes, grab a ‘bike licence’ and collect stickers for completing a quiz, an obstacle course, a skill test and have their bike checked for safety. If all were completed satisfactorily then they got a bag of bike related goodies (bike bell, puncture repair kit etc). I was managing the skill test or ‘Turtle Race’ which involved taking the longest possible time to get between two points in a straight line without feet touching the ground. It was a lot of fun.

Sadly there were a number of children who wanted to take part, and could ride a bike, but they didn’t own one. The fact that quite a number of children didn’t have bikes shook my middle class perception that all New Zealand kids must have access to a bike. A quick phone call to my wife enabled the delivery of my folding bike that I could adjust for a range of ages and bikeless children could use.

The ‘Bike Doctor’ (who was doing the safety checks) bases himself at the nearby Invercargill Environment Centre and, for a donation, repairs bikes and fixes up donated bikes to be given away. I was told that he can’t get enough bikes to meet the demand. Apparently there are even people approaching him for transport to get to work as they no longer have a car or can’t afford to repair one. I have also noticed a growing number of people cycling in Invercargill on older bikes and whose appearance suggests they are struggling financially. While cycling is obviously a healthy and practical choice of transport many are obviously doing it because they have no choice.

This Government’s obsession with roads and cars, and their lack of investment in safe cycling and reliable public transport, ignores the fact that while high income families may own several cars, at the other end of the spectrum there are a growing number of families that not only can’t afford a house or a car, but struggle to own bicycles as well.