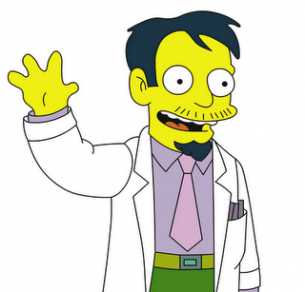 Momentum Recruitment is in the gun yet again, this time for placing a woman in an accounting firm when she did not have the qualifications she claimed. The fake accountant then went on to defraud the company Momentum had placed her with of $60,000. Momentum is the same company that placed fantasist Stephen Wilce in a senior NZDF role.

Momentum is also the company that’s been placing management staff for the new Auckland Supercity Council – a problem considering Momentum had former National Party President and John Banks Campaign Advisor Michelle Boag on its board (Boag was eventually forced to withdraw from the recruitment role when this conflict of interest was revealed) and still has former National Party Prime Minister Jenny Shipley as a director. But amazingly, that’s the least of the problems with Momentum. What’s really causing a bad smell is the now repeatedly demonstrated inability of Momentum to do the very basics of its job.

Momentum’s motto is: Look no further.

As hilariously ironic as that may be, it seems we do need to start looking a lot further at Momentum’s work. Leaving aside the partisan issues of having a National Party President and a National Party Prime Minister involved in the selection of staff for the Auckland Supercity Council, it seems clear that Momentum have been taking their motto a little too literally. If this Government is at all concerned about transparency and accountability, it needs to ditch Momentum and all the appointments of Supercity staff recommended by Momentum must be reviewed.

Who knows how many other appointments have been made on the basis of bogus qualifications? And just how did such a shonkey company get such a lucrative government contract in the first place?

Note: being a National Party flunky is not an NZQA recognised qualification.