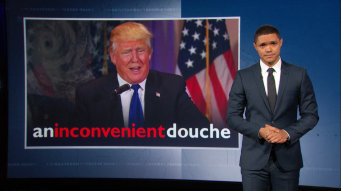 Donald Trump has announced that America will be withdrawing from the Paris Accord.

Mr Trump said the Paris agreement disadvantaged the United States, and that he hoped to seek “a better deal”.

“The United States will withdraw from the Paris climate accord but begin negotiations to re-enter either the Paris accord or an entirely new transaction, on terms that are fair to the United States, its businesses, its workers, its people, its taxpayers.”

The action appears to be in part to provide Trump with another reason to abuse Barack Obama who had pledged to reduce US greenhouse gas emissions by 26 to 28% of 2005 levels by 2025. The world’s future should not be threatened by an old man acting in a fit of pique.

This may show how isolated Trump and America is. There has been a surge of investment in clean energy and clean transport and apart from Syria and Nicaragua and now the US the rest of the world realise how important an issue this is. And when Florida starts succumbing to rising sea levels I suspect all hell will break loose.  But as a planet we are already at the point of no return and if Trump does affect America’s response then future generations will curse him.

Finally a scene from the Planet of the Apes which sums things up well.

Barack Obama has released this statement.  Hopefully America will ignore its current President rather than follow him.

A year and a half ago, the world came together in Paris around the first-ever global agreement to set the world on a low-carbon course and protect the world we leave to our children.

“It was steady, principled American leadership on the world stage that made that achievement possible. It was bold American ambition that encouraged dozens of other nations to set their sights higher as well. And what made that leadership and ambition possible was America’s private innovation and public investment in growing industries like wind and solar — industries that created some of the fastest new streams of good-paying jobs in recent years, and contributed to the longest streak of job creation in our history.

“Simply put, the private sector already chose a low-carbon future. And for the nations that committed themselves to that future, the Paris Agreement opened the floodgates for businesses, scientists, and engineers to unleash high-tech, low-carbon investment and innovation on an unprecedented scale.

“The nations that remain in the Paris Agreement will be the nations that reap the benefits in jobs and industries created. I believe the United States of America should be at the front of the pack. But even in the absence of American leadership; even as this Administration joins a small handful of nations that reject the future; I’m confident that our states, cities, and businesses will step up and do even more to lead the way, and help protect for future generations the one planet we’ve got.”

213 comments on “Madman Trump withdraws America from Paris Accord ”