Maybe Trump is what the left needed 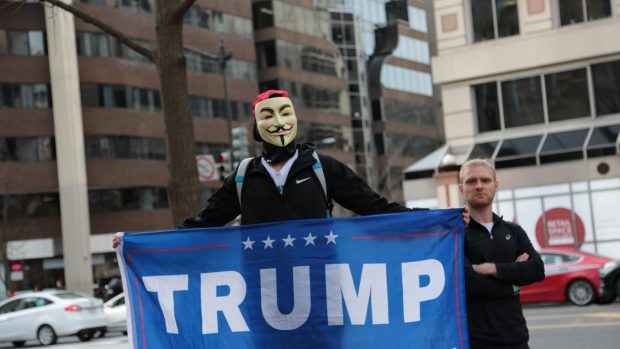 Nothing like a dragon arriving to focus the village to action.

I am certainly not accusing the broad left of complacency. Nor lack of warning about what a Trump presidency would look like. Nor am I looking for silver linings.

But direct threats are energising, especially to political participation. Lack of direct social participation in politics is the Achilles’ heel of democracies. It’s not always restrained as it should be. That’s especially the case of newly emerging democracies, where it’s so much easier to fall into the preference of family clans, payoffs, paybacks, and simple mass revenge, instead of orderly change at the ballot box through those time-honoured but terribly dry processes called voting. But it’s also a risk in fully developed countries, like the United States, or little old New Zealand.

We can and must be civil about restraining the exercise of power.

Many leaders of newly emerging nations in the 20th century – including many of New Zealand’s postcolonial neighbours – professed as their goal the foundation of a democratic regime, but then go out of their way to prevent the formation of civil society, free media, and bottom-up participation in politics. Their only use for it was mobilising core supporters as a defence against other leaders seeking power. So we know what political decline and lack of restraint looks like.

The U.S. and New Zealand traditions of free and rambunctious journalism, together with great protest movements, have in the past made for a reflexive and properly contested political sphere. That’s not something to lose.

This is especially now the case with powerful blogsites including in New Zealand, who encourage far more direct engagement with political thinking and events than the television-dominant era.

Civil society is easily corroded even in well-developed countries. In Russia, Turkey, and Venezuela, decades of unfree democracies have ensured no effective defence against the rise of personal rule. It’s easy for one person to rule with little restraint if the mainstream media is weakened, but harder for one person to rule if the newer media are networked and firing their collective synapses to do their job. The women’s marches this week were a fantastic globally networked initiative, and there will I am sure be more.

In this country we are going into election year. Donald Trump is not the only politician with a Twitter account. On Twitter alone, Trump is showing the way around MSM dominance of political discourse. There’s so much that can be done to enable civil society to be stronger in holding power to account, and to let the powerful and the people alike express themselves politically.

As Prime Minister Bill English pulls the trigger next week on eight months of both promoting and restraining power, let’s get the village together here.

We have to keep reminding ourselves that we do not live in normal times, and that the future of our much cherished institutions depends not on others but on ourselves. We are all individually responsible for our institutions. Including this one.

Which is a way of saying: as election year starts next week, get your friends on to The Standard. Pull their minds and their responses into discourse. Both globally and locally, it takes a village to defeat a dragon.

72 comments on “Maybe Trump is what the left needed ”