Media: call it as it is

It’s a regular gripe of mine about our media that they don’t establish facts. I don’t find the “he said, she said” reporting style in the slightest bit helpful, and indeed encourages us, the public, to see all news as gossip and reduces our respect for our system.

Some things we don’t know the truth of, and reporting of separate opinions is valid.

But some things we do know the facts, and if what “he” or “she” said is wrong, the media shouldn’t be afraid to say so.  In fact, it’ll give us more respect for them.

So when John Key says that “John Banks hasn’t broken the law” – even putting aside the fact that “not having broken the law” is hardly an acceptable standard of cabinet ethics, or John Key’s promise to raise ethical standards – he’s lying.  We have the police report that says that John Banks did break the law: they just can’t prosecute on the false declaration charge due to a statute of limitations.

The media might be afraid to use such a powerful word as “lie”; I can’t see how John Key can’t know otherwise, but the media might figure – that like Banks – they cannot prove that Key didn’t know his declaration was false. But they can still make it clear that what he is saying is in fact wrong.

More establishment of fact would also lead to less outrageous “spin”, if politicians are going to be called on it.

Establishing fact is meant to be an important part of the fourth estate’s job.

Get on with it. 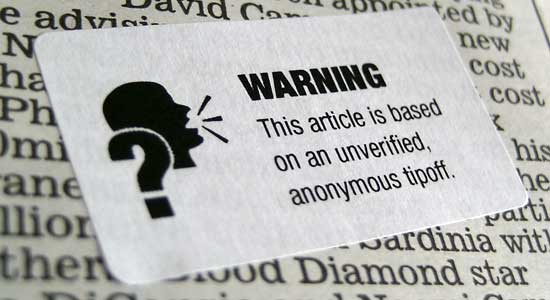