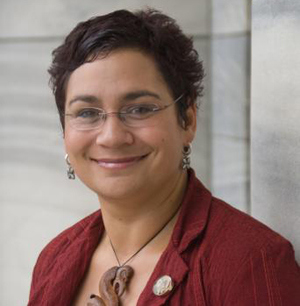 It is an honour to be here today to celebrate the birthday of Tahupotiki Wiremu Rātana. He left us a truly great legacy, a legacy that has benefited not just Te Iwi Morehu, not just Te Iwi Māori, but all New Zealanders.

I want to speak today about one aspect of that legacy, and that is the Māngai’s efforts to honour Te Tiriti o Waitangi.

The Māngai spent his life confronting politicians and Pākehā society about the need to provide redress for past injustices and to move forward as a true partnership.

Even now, in 2015, we are still struggling to truly honour the agreement that lies at the foundation of our nation.

This came to a head last month, with the release of stage one of the Waitangi Tribunal’s inquiry into the Treaty claims of Te Paparahi o Te Raki. The decision reflected decades of scholarship and affirms what we, as tangata whenua, have always known: that the Māori text of Te Tiriti o Waitangi never ceded the tino rangatiratanga of Māori over our lands, peoples and resources.

To have this stated, once and for all, was huge. It was an enormous step forward. But the Prime Minister’s response was to knock us several steps back.

John Key had the gall to claim that NZ was settled “peacefully,” as if all Māori grievances evaporated into irrelevance on his command.

But he didn’t finish there. In an attempt to really put us in our place, John Key said Māori would have been grateful for the injection of capital early Pākehā brought with them when they settled in Aotearoa.

Māori would have been grateful. For the capital.

The Prime Minister’s warped and outrageous view of history is deeply offensive to Māori but it also undermines decades of effort by Māori and Pākehā, including even by his own Government, to address some of the historic wrongs and to encourage an understanding of Aotearoa’s true history, both the good and the bad.

While in recent times Governments have made significant progress in completing historical settlements, all too often these are undermined as Ministers resort to cynical dog-whistle tactics that play to the widespread ignorance of Te Tiriti and, in so doing, shore up their Government’s short term political goals.

Sadly, this has long term consequences for all of us, Māori and non-Māori, by entrenching prejudice and wedging us further apart.

We saw this when John Key allowed Pita Sharples to sign the Declaration of the Rights of Indigenous peoples in New York, giving the Māori Party a token win and then immediately undermining that by telling journalists the declaration would have “no practical effect.”

And therein lies the rub. John Key can’t actually abide by that declaration because that would mean acknowledging that the Māori text of Te Tiriti is the only legitimate and legally binding text. That would mean conceding that tangata whenua never ceded tino rangatiratanga. That the Minister of Treaty Negotiations, Christopher Finlayson, was so quick to dismiss the Tribunal’s ruling and assert the Crown’s sovereignty, prove that National won’t do this.

I am proud that the Green Party has, for many years, held the Māori text of Te Tiriti as a core part of our party’s constitutional arrangements.

I was honoured, today, to walk on to this marae alongside Labour’s new leader Andrew Little. I am very much looking forward to working with, and getting to know Andrew better.

Our respective parties are focussed on changing the Government in 2017. The Greens are committed to creating a new Government which will be better for Māori and better for Aotearoa New Zealand.

That alternative stands in stark contrast to the current Government that believes New Zealand was settled peacefully and that our people were somehow grateful – grateful for the bloodshed, the loss of millions of hectares of land.

Grateful. For the capital.

The Green Party looks forward to bringing our uniquely steadfast position on Te Tiriti to a new Government.

We have constantly spoken against the dominant view on the Treaty settlement process.

This dominant view has allowed Governments to dictate all of the terms of negotiations, from the start of the process to the conclusion.

It is this dominant view that pits our people against each other through the refusal to recognise hapū and smaller sized iwi in favour of large natural groupings.

It is this dominant view that sees next to no land returned to tangata whenua, and only small amounts of financial redress.

For all of these reasons and many more, we have no faith that the current Treaty settlement process is a reflection of a genuine partnership. Indeed, this divisive process has the potential to create new breaches of Te Tiriti. They cannot be full and final when new grievances are being created with each one.

We have not voted against settlement legislation, as a show of respect to the endless amounts of work put in by generations of whānau to reach that stage. It is and should always be the decision of the people as to whether settlements go ahead.

But we will continue to speak up about an unjust process and we will always stand up for those who aren’t heard. And, in Government, we would work with Labour to build a better process that truly honours Te Tiriti.

That is why we do not accept that these settlements are as good as they need to be. Many of them are deals that the Crown has used its power to force through, and our people have had to accept them due to political constraints and the pressures of poverty and time.

We will seek a comprehensive review of the Treaty settlement process that sets out to put the power back in the hands of hapū and iwi, and that honours the generations of work that Māori have put into holding the Crown to account for its breaches. The process needs to be a true reflection of the Treaty partnership.

It is only then that we can begin to fulfil the Māngai’s vision of true justice through the honouring of Te Tiriti o Waitangi.