Mike Hosking feels used and wants to take a shower 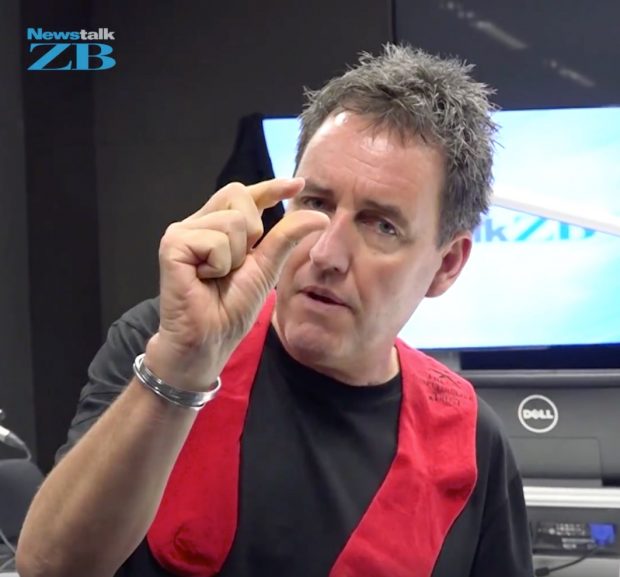 It seems National’s most passionate and vocal cheerleaders are no longer feeling the love. Clearly they see the writing on the wall and understand that a change of Government is looking more and more likely after every error filled day of National campaigning. Bill English is no John Key. He is Bill English. He is wooden, uninspiring, error prone, and his team are no longer capable of engaging in the dark arts of politics the way they used to.  Instead of damage to their enemies all there is now is huge amounts of blowback.

But don’t take my word for this.  Have a look at Whaleoil.  Cameron Slater is saying basically the same thing.

And spare a thought for Mike Hosking, John Key’s BFF, who has this morning opened up in what is for him a poignant and heart felt way. I almost feel sorry for him.

National’s parental leave deal yesterday to me smacks of cold, hard bribery. National has been dragged kicking and screaming into this debate. They have not been willing participants.

Every move they have made has been a result of private member’s bills and/or opposition pressure and promises. This is not a natural policy for them, like tax cuts or roading infrastructure or paying debt or creating jobs. And yet there they are handing it out like candy.

All of a sudden with the polls tightening, and their prospects on a knife edge – nothing is out of bounds.

Not that paid parental leave isn’t a good idea or welcome. But it’s been welcome for years, it’s been debated for years and they’ve resisted it for years. So why now? Because they want your vote. They don’t believe in it, they don’t love it, they don’t defend it.

Policy should at least in part be driven by genuine belief and desire, not a corrupt retail exchange. I know I sound like someone who’s just emerged from a cave – where the hell have I been? This is politics and these are politicians.

But it’s just this time it seems or feels like any decorum, any philosophical standing and belief is out the window and replaced by Voter Idol and prizes for anyone with a hand out.

Under John Key National had a sense of style and purpose. This has now evaporated. All we have is a tired, out of control administration clinging to power and willing to do anything, including stealing the ideas of its opponents, to hold onto the ministerial limousines.

And their cheerleaders realise this is the case and they are hating it.