So Hekia Parata has been crowing 15% more teachers under National for months – but it turns out to be a combination of Nat lies and another Novopay fuck-up.

In fact the number she should have been quoting is 6.5% increase in teachers by headcount, but that of course is not the whole truth either.

A lot of those teachers are part-time, in National’s part-time economy, so the increase in Full Time Equivalents is 4%.  But of course that’s not the whole truth either.

Half of that increase has been funded independently from schools.  Just 2% increase from National Government – won’t even cover the increase in school population.

This on the back of National having their “best day of the campaign so far” – based on a lie, but they don’t care.

It takes a certain level of malevolence to purposefully misrepresent policies, but National are just happy to have the hit.

How long until people start finding out their lies about their economic management.

The country is not earning more than it spends – and the problem is getting worse, not better.  6 years of record debt means the Government books aren’t great either, and with the dairy price plummeting, probably won’t reach the promised surplus this year either.  9 years of Labour surplus previously have been churned through and more. 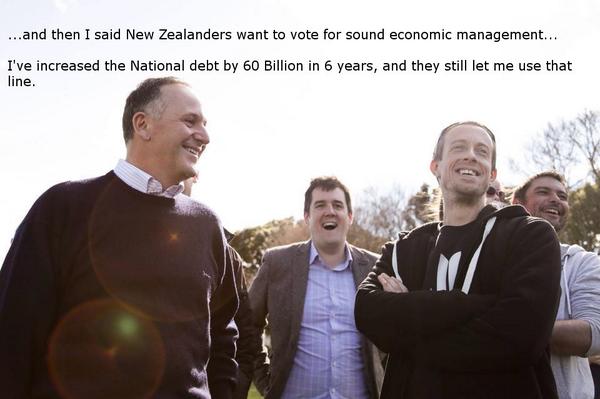