My five books for Donald Trump 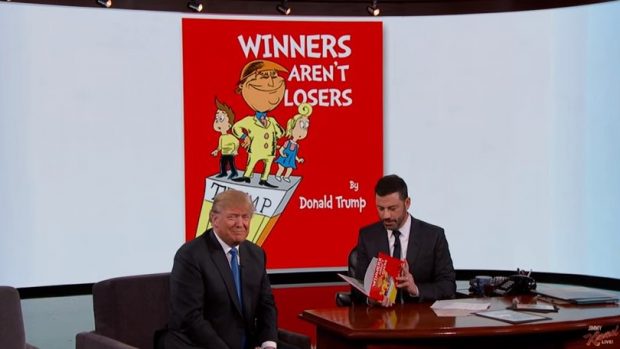 I know you don’t like to read. Bear with me. I’ve chosen a few for Easter reading that would be worth a shot at. And granted you’re American, so you’ll want to understand mostly American stuff. But just for Easter I know the first one will appeal.

It’s the first book of the Bible. Contains the global moral origins of’manifest destiny’. Sets out the common ethnic, theological, and geographical origins of Judaism, Islam, and Christianity. Explains why odd place names like Nineveh have popped up recently. And has a great lineage of resolutely moral leadership.

Sure, you can still assemble The Best and The Brightest and it can still go to pieces.
But it would be better for your country and for the world if your team settled your decision-making processes, contested hard, and brought out the best in each other. The biggest problem your governmental system faces is gridlock. Successful leaders are unafraid to reach out to rivals, and in doing so strengthen your team.

3. A Reading of the Declaration of Independence in Defence of Equality.
American society frequently sees the claims of liberty and equality as pulling in opposite directions; the more you have of one, the less you have of the other. It’s a false dilemma. They are two mutually supportive aspects of a common democratic culture. Mitch will hate it, so I know you’ll love it.Then once you’re done, pass it on to Gorich.

Now, I know you like pictures, so here’s a formative one for me. It’s the story of a chick who falls from the nest, gets really lost, and is eventually scooped up by a great big digger, raised high up the tree, and is delicately placed in the nest again.

That pretty much sums up the purpose of government.

Another childhood favourite, which I’m sure you remember with Ivanka. You’re in the job to make decisions, and this particular Father Bear takes a heckuva long time to find the perfect picnic spot, and that exasperates his family.

Your job is to make decisions: take guidance, but then decide, and move on. Don’t be Father Bear, Donald.

9 comments on “My five books for Donald Trump ”