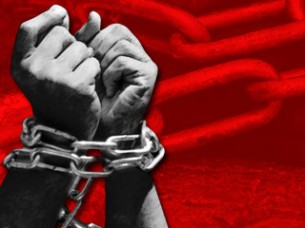 Labour MP Grant Robertson’s Ethical Investment Bill came up before Parliament last night. It would have required the government to set some clear and consistent ethical criteria for investments in funds like the Super Fund and ACC.

The criteria were pretty uncontroversial. You know, things like good governance, decent labour and environmental standards, not enslaving native peoples – just the basic standards of decency we should should expect in a civilised society.

Unsurprisingly then, National and ACT voted the bill down. According to Grant it was the usual faith-based reasoning:

The opposition was based on the fact that some good progress has been made in ethical investment policies and that ‘the market’ would deal with the issues.

You can imagine what these people would have said about slavery at the time of the Civil War.

The fact is the market is the problem here. By its very nature it provides a competitive advantage to businesses willing to use exploitative labour practices, cut corners on environmental standards or commit human rights abuses. When it comes to ethical standards, the free market is a race to the bottom.

That’s why we have laws regulating the market – so that economic players aren’t rewarded for unethical behaviour or driven out of business if they decide to do the right thing. Basic stuff, but it goes right over the heads of National and ACT.

Good on you anyway Grant for standing up for human decency. Let’s make sure this bill becomes law under the next Labour-led government.

38 comments on “NACTs leave ethical investment to ‘the market’ ”