This weekend the National Party is holding its annual conference at SkyCity (how appropriate) in Auckland. Protests are planned:

Press Release – Aotearoa Is Not For Sale

The weekend of July 20-22 is the National Party’s Annual Conference in Auckland. Actions are being held by the student movement on Saturday (1pm, Britomart) and Auckland Action Against Poverty on Sunday (11:30am, Sky City). Aotearoa Is Not For Sale (ANFS) will be joining both in solidarity.

Key said that even if there was protest action over the weekend, it is not reflected nationwide.

Key, as usual, is wrong.

Hard to predict the size of the protests.  Probably not large, but they’ll likely get good media coverage.  Be careful, keep it peaceful.  Tight security is planned, and it’s inclined to overreact… 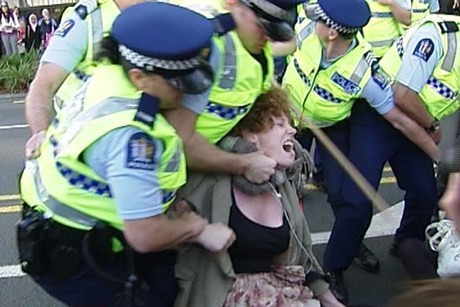