National accuses John Key of shying away from the hard issues 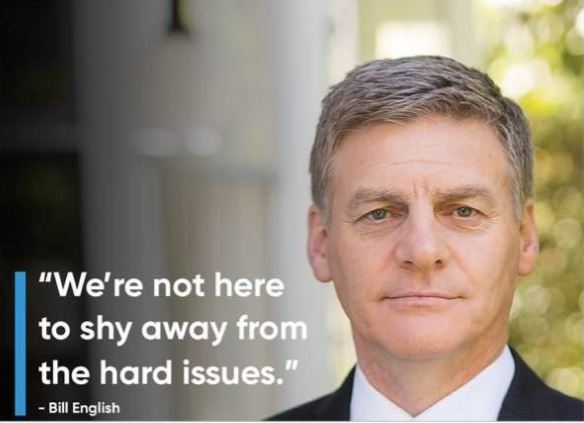 Some more social media lessons for prospective politicians. Rule number 2 is never delete something unless there is no alternative and you don’t mind looking like a fool. Rule number 3 is know what social media your staff is putting out.

A very clear test case occurred on the weekend when a tweet was sent from Bill English’s account which clearly criticised John Key for shying away from the hard issue of superannuation. Key’s position always was that he would resign as Prime Minister rather than increase the age of eligibility. But clearly work is going on in the background with this as an option. Maybe this is why Key resigned. 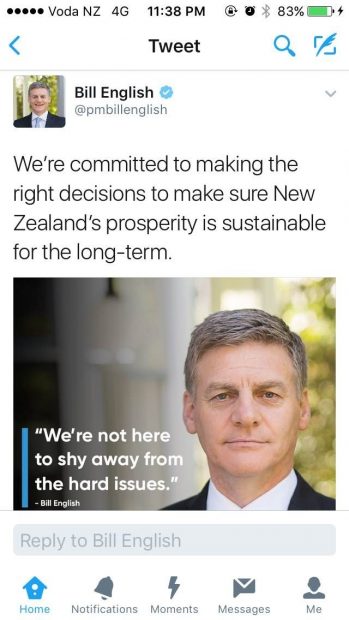 It then disappeared, presumably when someone with sense realised the implications of what was said.

English says he did not sent the tweet and he did not delete it.  Maybe Crosby Textor no longer are in charge of things because this whole episode has been pretty shambolic.