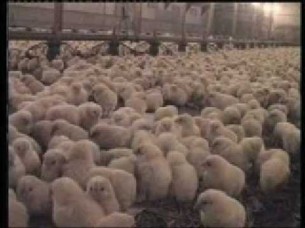 National selected a Welfare Working Group that would give them the benefit recommendations that they wanted – a little to the right of Genghis Khan – but even they could see how much quality Early Childhood Education is needed, devoting a part of their report to it.

But National just keep on attacking the sector; and our future and our children.

The latest attack is purely on quality, rather than cost, and was snuck out under the ceasefire of the Christchurch Earthquake.

They now intend to allow what can only be described as battery farming of our children.

75 under-2 year-olds in one centre is a recipe for disaster.  Young children need to form attachments with a very small number of adults to function properly, lead (mentally) healthy lives, and to learn.  Having 20+ teachers wandering past and not being able to form a relationship with any of them will destroy any children left in these centres.  The image of dozens of babies at various stages of crawling, sitting, rolling scattered across a large room just doesn’t make sense.

The changes are to “reduce compliance costs” as there are currently 460 centres with more than 1 ECE centre license.  Licenses currently allow up to 50 pre-schoolers, including up to 25 under-2s.  The NZEI does not know of a centre with more than 25 under-2s – and any more than 15 is a struggle for the babies.

The change will be to 150 pre-schoolers, including 75 under-2s.  Yes those centres for more than 50 will have reduced compliance costs; but there was a reason that they were given hurdles to jump – it’s very hard for centre to be big and retain its necessary humanity.  Having multiple licenses ensured no section was too large. 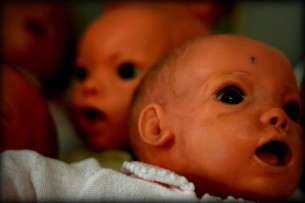 But the real worry is with those under-2s.  If the Welfare Working Group gets their way and has 14 week-olds sent to childcare whilst their Mums are forced out to work for minimum wage, the only childcare affordable to these mothers is likely to be some corporate cost-cutting 75 child centre.  And the children will suffer.  And how will those children, unable to form any relationships, help our country’s future?