So much for the all feared all conquering National Party campaign machine, able to destroy opponents and win the hearts and minds of New Zealanders at will through its organisation and competence.

This election campaign was meant to be a Crosby Textor training video for how to change leader and win a fourth term. But it has started to resemble an episode from the Thick of It.

The organisation used to be extraordinarily good. The party had won the last three elections while maintaining a significant vote. It had also managed to persuade the electors of two traditional National seats, Epsom and Ohariu, to hold their noses and vote for two rather unappealing leaders of puppet parties, David Seymour of ACT and Peter Dunne of United Future. This gave National a two seat buffer and helped with those really tight Parliamentary votes.

Make no mistake. In an MMP environment these two votes gave the right a distinct advantage. And National did not lose an MP, they just exchanged an electorate MP for a list MP and gained two pliant electorate MPs willing to do their bidding, at least usually.

And this Election the plan was to repeat it all again and hope the good people of Ohariu delivered again.

But National clearly did not factor in Jacindamania.

What looked originally like a fairly tight battle changed so that even Peter Dunne conceded that the writing was on the wall for him. And rather than put himself through a further campaign he has decided to call it a day and pull stumps and all that stuff.

In an example of really bad timing a couple of days ago National sent a letter out to pretty well everyone in Ohariu urging them to electorate vote Dunne.

A couple of screenshots of the letter (h/t Lloyd Burr) provide you with as much information as you need. 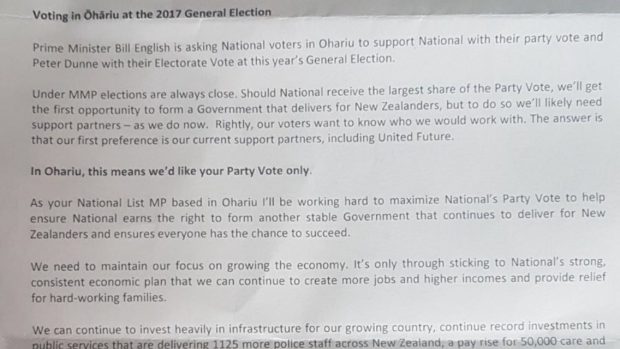 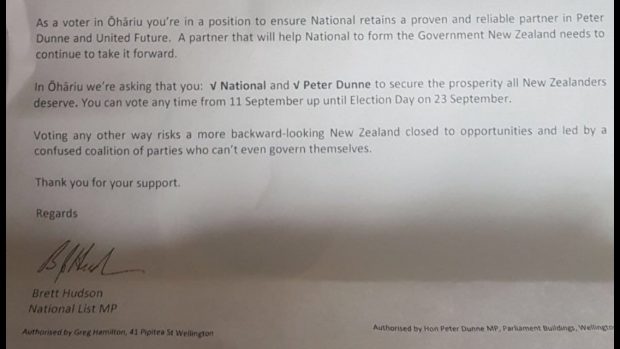 But Dunne’s announcement shows that National’s campaign plans are looking rather shaky.

National’s reelection plans for Ohariu are now in tatters. Suddenly Brett Hudson who has made an art form of not campaigning for the electorate vote will need every single vote he can get his hands on.

Jacinda fan boi Paddy Gower called Dunne a political cockroach, I am sure he meant it in the nicest possible way.

Greg O’Connor must be grinning from ear to ear. And suddenly National’s campaign has this rather distinct feel to it. 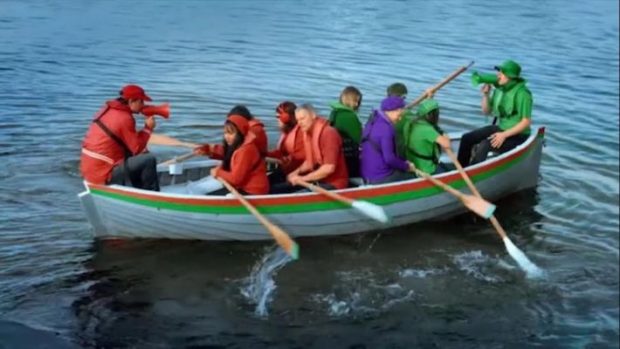