National is focused on the issues that matter to Kiwis 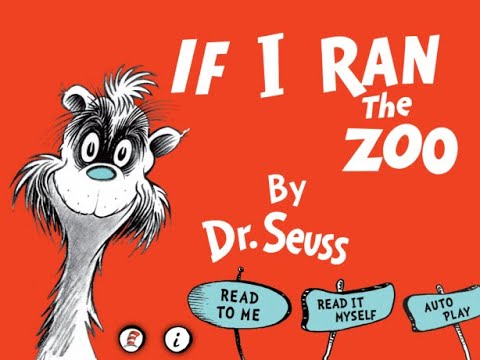 Over in the US of A the Senate has just passed Biden’s Covid stimulus bill.  The bill, which allows for stimulus payments of $1.9 trillion and which provides welcome although very modest payments to American citizens, was opposed at every turn by the Republicans, even though it had overwhelming public support.

Instead of concentrating exclusively on the budget Republicans went all cancel culture on it after news broke that the estate owning the rights of Dr Seuss’s books had decided not to continue printing six of them.

Esquire has the details:

On March 2, the nation’s annual Read Across America Day (a holiday once synonymous with Dr. Seuss, designated on this date to honor his birthday), Dr. Seuss Enterprises released an unexpected statement. The venerable author’s estate announced that it has decided to end publication and licensure of six books by Theodor Seuss Geisel, including his first book under his celebrated pen name, And to Think That I Saw It on Mulberry Street (published in 1937), and If I Ran the Zoo (published in 1950). “These books portray people in ways that are hurtful and wrong,” the statement read, alluding to their appalling racial and ethnic stereotypes.

The estate’s decision prompted days of relentless cable news coverage from Fox News, as well as cries about “cancel culture” from prominent conservatives, including House Minority Leader Kevin McCarthy, who accused Democrats of “outlawing Dr. Seuss” on the House floor. Sales of Seuss’ most-beloved books skyrocketed amid the discourse, topping Amazon and Barnes and Noble’s online bestseller charts throughout the week. Meanwhile, copies of the now-discounted books soared in price, with resellers listing those titles for up to $500 on eBay.

When you look at the books they have some content which was really out there, acceptable perhaps back in the 1940s and 1950s but no longer acceptable now.  So a decision to no longer print the books is not something that should attract controversy.

But clearly the chance to yell “cancel culture” at the top of their lungs and perhaps divert attention away from their refusal to support ordinary Americans proved to be too much.

And let us be clear, if it is not already exceedingly clear, the decision was made by private individuals and not by the Democratic Party.  Democrats were far too busy getting the budget passed to worry about 70 to 80 year old books with questionable ethnic stereotypes.

But what is really strange is that National Party MPs though this to be an issue worthy of public pronouncement.

From Caitlin Ellis in Stuff:

National MP for Taranaki-King Country Barbara Kuriger has come out in defence of the author, asking Facebook users to: “release the grudge, the hate, the rue, and embrace the hope of Cindy Lou.”

Kuriger says she copied the poem from a friend. The post beginning with: “Alas they’ve come for Dr Seuss, they wish to hang him with a noose. They claim his tales were racist bent, they judged him fast, missed what he meant.”

The post then goes on to name some of the author’s famous titles, none of which are going out of publication, and the important lessons to be learnt from them.

“But if we look inside his tales, you’ll find the balance of the scales. Remember when Horton heard a Who, and we heard the wisdom of the Lorax too.

“The lesson behind Green Eggs and Ham, that changed the mind of Sam I am.

“Remember to the rotten Grinch, who once would never give an inch. He taught us lessons, one and all, boys and girls, big and small. His impact was beyond compare, he taught us it was good to care.”

“So if you’ve judged his works as poor, you should re-read them, I implore,” the post continues.

Not to be outdone Simon O’Connor called the estate representatives woke censors casting doubt on his comprehension skills as well as his choice of language.

If there is a political strategy behind this, and I doubt it, it is severely misplaced.  Thinking that Kiwis are going to buy into US conspiracy cult controversies is foolish.

Being in opposition is no fun and until you look coherent and focussed on a vision the electorate will ignore you.  Thankfully National shows no sign of changing.