National is now barking at Tahrs 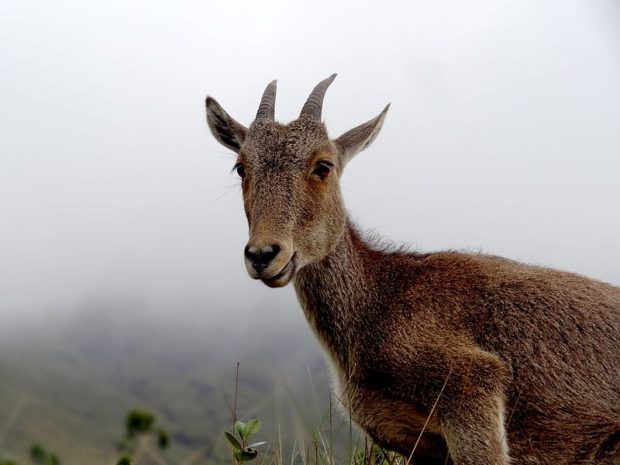 Is this evidence that National has gone full wingnut conspiracy crazy? Or a cynical exercise in harvesting email addresses? Or both?

Whatever the reason National has started a petition against a DOC planned Tahr cull. Here is the tweet:

Nearly 20,000 people have signed our petition to stop the tahr cull, & that's after only 15 hours. This Govt needs to listen! Sign the petition now at: https://t.co/UxID92vQHy

What was the dastardly Government planning?

The Government must halt its cull of 17,500 Tahr, due to start this weekend.

The Government is pushing ahead with the cull before even consulting with recreational hunters and the hunting industry.

Not only that, Conservation Minister Eugenie Sage has also instructed DOC to cull bull tahr against specific advice from hunting representatives and expert tourism operators.

But rather than an evil plan by this Government to take away the rights of ordinary kiwis to hunt Tahr what the Government is doing is sticking to a plan that was formulated in 1993. By National.

@nzsarahdowie the Minister is required to stick to the Thar Control Plan 1993 by s 5B(b) of the Wild Animal Control Act 1977. The plan requires tahr numbers to be kept below 10,000. They're currently 1000s over. Do you think the Minister should just ignore what the law requires?

And DOC had a Tahr control for parts of the South Island that the last National Government signed off in 2015.

Eugenie Sage set out the reasons for the cull in this press release. From the release:

“I have asked the Department of Conservation (DOC) to step up efforts to control Himalayan tahr on public conservation land in the central Southern Alps.

“Tahr numbers have reached damaging levels with an estimated population of 35,000 animals on public conservation land. That is more than three times the number of animals permitted by the long established Himalayan Tahr Control Plan,” Eugenie Sage said.

“Heavy browsing and trampling by mobs of tahr damages, and can potentially wipe out the native plants they feed on, including tall tussocks and iconic species like the Aoraki/Mt Cook buttercup. On thin mountain soils it also increases soil erosion risks.

“New Zealand cannot afford to lose threatened native plants unique to our alpine areas. We need to work together to bring the population back down to a sustainable level.

“I am in discussion with some leaders of the hunting sector and will be re-engaging with them soon to discuss various concerns and gain a common understanding of the data. I also want to address some of the misinformation that’s been circulated. To be very clear there is no plan to eradicate tahr.

“DOC will aim to remove 10,000 tahr over the next eight months to help prevent the current population increasing further. I intend to discuss with the hunting, commercial wild animal recovery operators and other members of the Tahr Liaison Group what a suitable target would be for these groups.” Eugenie Sage said.

“Even after this control work is done, there will still be ample tahr to sustain guided tahr hunting and tourist ventures,” Eugenie Sage said.

“The control work needs to happen urgently. There’s a real risk the total population will explode further with another summer breeding season unless control work is done now.”

First they came for the tahrs and I did nothing, for I was not a tahr pic.twitter.com/k8d5boVlVi

Devastated at losing their Roads of National Significance, National forlornly look to save any kind of tahr they can. https://t.co/lfqicQZNpQ

They're black helicopters, right? Coming for our freedoms! Honestly, who is at the wheel on National Party comms now? This is just weird. https://t.co/HEh9cOnM2Y

This is Republican gun rights right wing crazy rhetoric from National’s social media team.  They should be ashamed.

157 comments on “National is now barking at Tahrs ”