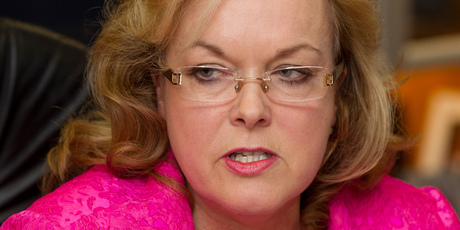 This is a post I have written many times in the past three years with slight variations.  But this one, in the middle of an election campaign and suggesting considerable dissent in National’s ranks, is even more significant than most.

An internal caucus email from Maungakiekie MP Denise Lee has been leaked to Newshub.

Lee described it as a “highly problematic idea” in an email to her caucus colleagues. She also panned it as “another working group” and said it would be “a nightmare”.

In the email, Lee says bypassing her altogether was “incredibly poor form and displays a shockingly bad example of poor culture”.

Collins sighed when asked if the policy had been made on the hoof, and said it had been planned for weeks, despite Lee knowing nothing about it.

“Actually Jenna, it’s been prepared for a couple of weeks,” she said.

Collins spoke about the policy during an interview with Newstalk ZB on Monday morning, and cited it as the reason why Lee was not aware of it.

“Because I was doing the radio show,” she told Newshub.

The incentive for the Lee email was Collins announcing remarkably vague policy over Auckland City.  From National’s press release:

Auckland Council is not delivering for Aucklanders, and change is overdue to achieve better performance, which National will do,” National Party Leader Judith Collins says.

“Everywhere I go in Auckland, there is frustration and dismay at the council. Its own polling shows only one-in-four Aucklanders were satisfied with its performance over the past 12 months.

National’s review will recommend options to dramatically improve the performance of Auckland Council and Council-Controlled Organisations (CCOs) such as Watercare and Auckland Transport.

Terms of reference and reviewers will be put in place within National’s first 100 days in Government. The review will be completed by September 1, 2021.

“This is a firm deadline, not a moving aspiration, as has been the practice under Labour,” Ms Collins says.

I can understand how annoyed Lee is.  After all … 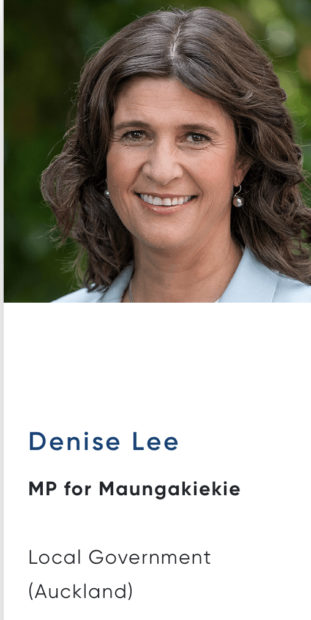 This is really weird.  After all National set the super city up.  And against the recommendations of the Royal Commission gave Auckland Transport huge power over all of Auckland’s transport infrastructure.  It was originally recommended that local Councils aka local boards have jurisdiction over local roads.  Joyce and National made sure that AT had the lot.

And Collins has no idea that Auckland Council has recently gone through a significant review of Council Controlled Organisations and is implementing some reasonably radical proposals.

No wonder the leaks have happened again,

Unless a miracle happens and National do reasonably well Collins is toast after the election.  Lee is part of the christian conservative faction of the party that appears to be in the ascendancy.

Update:  the leaks continue.  Surely it is time for an inquiry.  From Jessica Mutch-McKay at TV One:

A National MP has told 1 NEWS the party hasn’t had a caucus call or poll result for weeks and says there is a culture issue in the party.

Lee called it a “highly problematic idea”, a “nightmare” and “another working group”, and said bypassing her was “incredibly poor form and displays a shockingly bad example of poor culture”, while another National Party member said Collins was consistently “making up policy on the hoof” and creating division.

The MP who alleges the bullying told 1 NEWS that Denise Lee is in full campaign mode and was “forcibly expressing her disappointment” over not being in the loop about the policy. The MP says decisions need to be made quickly on the campaign trail.

The MP also said releasing policy on the fly was an ongoing pattern under Collins’ leadership.