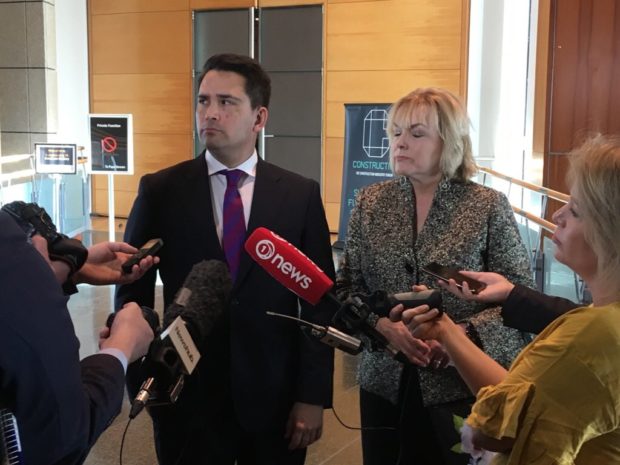 I get the impression that within National’s ranks civil war is erupting.

The leaking is getting worse.  There have been three significant leaks this year:

Anyone see a pattern?

As the investigation into his expenses leak nears its end, The AM Show host Duncan Garner has revealed more from within the National Party.

“This is all nonsense,” Mr Bridges responded. “The reality is the National Party is in great shape. We’re the most popularly supported political party in New Zealand under my leadership… I feel great about what I’m doing. Every day I get up I’m positive about my job.”

Garner said over the weekend he had “contacts” within National telling him Mr Bridges had to go.

“It’s not the truth,” said Mr Bridges. “The reality is I’ve got an incredibly strong caucus that is behind [me], we’re working hard, we’re holding the Government to account… I feel like we’re doing a great job in Opposition. We’re one year in, we’re getting great hits on the Government.”

Another party insider revealed to Garner Mr Bridges’ election returns were handed in late after amendments were made. Two donations – one of $10,000, another of $14,000 – were initially recorded on Mr Bridges’ own return, but removed and placed on the National Party’s return instead.

Ha.  I have covered this sort of behaviour on the part of National in the past where it “converted” a Donghua Liu donation from a party donation to an electorate donation for Jami-Lee Ross, basically to avoid the embarrassment of having to disclose it at the time that Maurice Williamson was fired from cabinet.

Bridges says that his return was a mistake.  I presume he is correct.

But it appears there is something called Cathedral Club.  I presume this is the same thing as Cabinet Club which was National’s fundraising washing mechanism from a few years ago.  Cabinet Club’s name was presumably changed because the allegation was made that it was access to Cabinet Ministers for donations.

The $10,000 donation came from ‘Cathedral Club’. Mr Bridges refused to talk about who that was.  According to blog posts by National-aligned pollster David Farrar and far-right blogger Cameron Slater, Cathedral Club appears to be bimonthly dinner featuring speakers from the political world. Both men imply attendees aren’t meant to reveal the details of conversations that take place at such meetings.

And the Exclusive Brethren has reappeared as a funder and supporter of National.  Again from Newshub:

The larger donation came from Cubro Ltd, which Mr Bridges said was a healthcare business in Tauranga. Garner revealed the owners are also members of the Exclusive Brethren, a religious sect who controversially spent more than $1 million of their own money trying to get National elected in 2005. Nicky Hager’s book The Hollow Men detailed how the National Party worked with the Brethren behind the scenes, while publicly denying it.

Mr Bridges said he didn’t know the company had Brethren links, even though he’s been to the company’s premises.

I concluded earlier that cabinet club or cathedral club donations are collected centrally, recorded in the party’s annual return and then distributed out to the local electorates.  Putting it on Bridges’ return was pretty sloppy.

This is further embarrassment for Bridges.  I suspect that he is starting to develop a nervous twitch at the mention of the word leak.  How he handles the release of the leak inquiry this week will be a real test.  If the rumours are correct he will have a major mess to deal with.  And a caucus that is turning feral on him.