National promises to get tough on youth crime 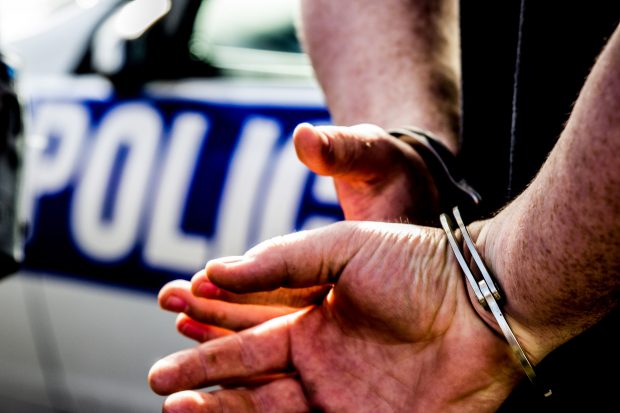 This is a subject I feel I am able to comment on with some authority.  I have worked in the Youth Court as a lawyer representing young people since its inception in 1989.

The Government is planning a good old fashioned lock them up and throw away the key approach to youth offending.  From Stuff:

National is promising to create a new bootcamp for youth offenders at the Waiouru Army camp, training alongside New Zealand’s soldiers.

Making the announcement in Auckland, Prime Minister Bill English said National would crack down on the most serious young offenders and hold “negligent parents” to account.

“It’s become clear that there is a small group of around 150 very serious young offenders for whom our Youth Justice System in it’s current form just doesn’t work,” English said.

“These are 14 to 17-year-olds who’ve committed very serious offences with sentences up to 14 years – that is serious assault, sexual assaults, aggravated robbery and murder.

“The kind of offences that have made people feel unsafe in their dairies, in their workplaces and that’s not good enough for us or for New Zealand.”

In a move to reaffirm National as the “law and order party”, English announced a $60m package to deal with the most violent and recidivist young offenders.

Justice Minister Amy Adams laid out the details of the proposal.

“We will introduce a Young Serious Offender (YSO) classification which will see this very small group of the most hardened young offenders dealt with in ways that better reflect the seriousness of their crimes and help ensure fewer people are victimised.

“As a part of this, we will establish a defence-led Junior Training Academy based at the Waiouru Training Camp. Judges will be able to order YSOs who commit serious subsequent offences to attend the Academy for one year. The Academy will support YSOs to address problems like addiction or a lack of literacy and numeracy skills, helping them lead better lives while keeping the public safe.

“Those who fail to complete their time at the Academy will serve a commensurate adult sentence of imprisonment instead,” she said.

“These are young people who have been in and out of Youth Court but have shown no willingness or ability to change their behaviour. We are not prepared to just sit back and allow their victims to keep racking up until they reach adulthood.”

National estimated about 50 serious youth offenders per year, would be sent to the Junior Training Academy. That scheme would cost about $30 million over four years.

Other changes under the YSO classification would include tightening bail requirements, increasing the use of electronic monitoring, and removing the ability for the most serious young offenders to be released early from any youth justice custodial sentences.

A new National Government would also look at the role parents played in their children’s spiral to an early life of crime.

“In many cases, young people who offend have few good role models or are given the freedom to commit crimes,” Adams said.

“We will make changes to hold their parents to account, including by allowing police to issue instant infringement notices to parents of children under 14 walking the streets without supervision between 12am and 5am.

“In addition, any breaches of court orders directed at a young person’s parent will be recorded on that parent’s criminal record. A loophole means this is not the case currently.”

Where do I start?

Well National has already tried a military style sentence for up to 40 youth offenders.  John Key announced the package in 2009 in these terms:

So nothing new is being announced.  And the results left a lot to be desired.  My perception of them is that they did not work that well.  The young people who went on these camps have had years of devastation to their lives which is not solved by a quick stint in the army.

Send the toughest ones who do not commit to boot camp to adult prison?  Way to introduce them to and cement their positions with the gangs.  This will only reinforce what happens already as hardened young people become adult criminals.

And let me say this as clearly as I can.  The introduction of a Young Serious Offender classification will have some young people doing whatever they can to achieve this status.  They will wear it as a badge of honour.  I bet that during the next couple of weeks a new youth gang calling itself the YSOs will appear.

And removing the ability for serious offenders to get early release?  How many levels of stupidity is this?  Early release is there so that good behaviour and progress on their plans can be incentivised.  Without it the facility staff will have no chance to change behaviour because there will be no incentive for the young person to do so.

Tightening bail conditions for YSOs?  Sounds good although electronic monitoring is used all the time already.

And fining parents whose kids are out walking at night?  Way to add to the misery of enforced poverty.

Can I say this as simply as possible.  I have dealt with young people and the whanau for decades.  Initially the system worked remarkably well but then the Ruth Richardson benefit cuts hit the poorest families hard and reduced their living standards to under the poverty line.

The young people I deal with have typically been out of mainstream school for a couple of years.  They will live in households that either rely on benefits or on parents who are working multiple jobs to get by.  Drug use is rampant.  Most of them are well known to Oranga Tamariki and the police.  Their final graduation to Youth Court is generally predicted by the authorities.  Their problems are evident way before the time they become teenagers.

Very occasionally I act for a young person from a more middle class family.  They are the exception.  Barring some major personal difficulties they will respond well to the Youth Court process and normally I don’t see them again after their case finishes.

It would do something about poverty, make sure that kids could actually be properly fed before they go to school and untreated health conditions do not become life altering ones and that their parents did not have to work job after job just to make ends meet.

The last thing it should do is wait around for years while the problems festered, then think a short stint in the army waking up early and marching around with guns is somehow going to cure everything.

National.  Tough on crime. Totally oblivious to the solutions.

77 comments on “National promises to get tough on youth crime ”