National use opening of Christchurch Justice Precinct for political purposes 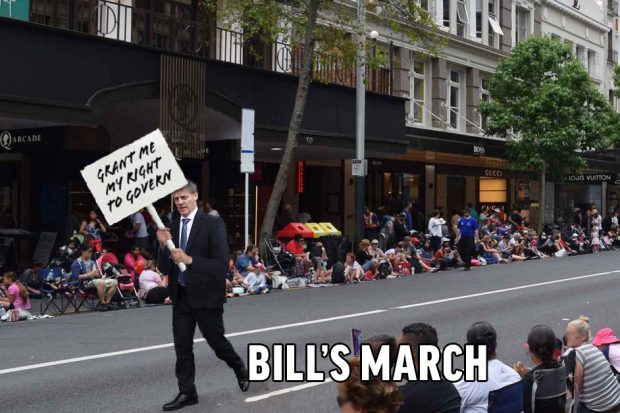 In the insanity that is this current election campaign the media has missed a rather large story, Bill English breaching the Cabinet Manual’s requirement that the resources of the State not be used for political purposes.  Yesterday there was a grand opening of Christchurch’s Justice Precinct.

And it was done a month before the Christchurch Justice Precinct, a rather large project was ready to be opened.  Clearly rules and understandings to not apply to National.

Christchurch’s justice and emergency services precinct has officially opened – but the project is not yet complete.

The Ministry of Justice was expected to start operating from the building about mid-October. Agencies would start fitting out their offices after a public open day on Sunday, Adams said.

The area, which has been repeatedly delayed, will house the ministry, police, Department of Corrections, Fire and Emergency New Zealand, St John and Civil Defence.

A Stuff reporter at the opening said the part of the building where the launch was held looked finished, but 100 metres down the path the parking building and some of the emergency services building was incomplete.

See the problem?  National is getting political brownie points for the opening of a building that we all paid for.  Business as usual is somehow virtuous.

And the pointy head constitutionalists have thought about this.  The Cabinet Manual says this:

6.9 In the period immediately before a general election, the government is not bound by the caretaker convention unless the election has resulted from the government losing the confidence of the House (see paragraphs 6.21 – 6.40 for information about the caretaker convention). Successive governments, however, have chosen to restrict their actions to some extent during this time, in recognition of the fact that an election, and therefore potentially a change of government, is imminent.

And this is from the SSC guidance on treatment of the pre election period:

There is no blanket restriction on Ministers wishing to launch programmes or initiatives in the lead up to the election. In general, the business of government should continue and State servants should support Ministers with ‘business as usual’ initiatives. However, the nature and timing of high profile ceremonial events (e.g. building openings or award ceremonies) must be carefully considered.

During an election period, there is a risk that public launches and events may take on a ‘party political’ character that would not be evident at other times. This is particularly so when Ministers and/or MPs are involved in the event. In general, State servants should support Ministers as usual, but must be vigilant in avoiding association with any political aspects of such events. Particular care must also be taken with the preparation of supporting material. All agency material must remain strictly impartial and factual to avoid any perceptions of being associated with any party political messages (see ‘advertising campaigns’ directly below).

National know about this rule.  They did their best to open the Waterview Tunnel on June 18, just outside the three month election period.  So what happened?  Why did the Public Service agree to a highly politicised event two weeks from the election?

And we are talking about a $300 million precinct in the middle of a marginal seat.  It seems there was too much for National to refuse.  And so finished or not finished a publicity event had to occur at our expense.