National will lose the next election 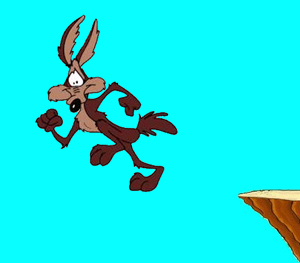 Here’s a prediction for you. National will lose the next election.

The reason that they will lose is that they are running a hollow shell of a government. They haven’t had a plan to deal with the recession, they have just muddled through claiming the programmes that Labour left in place as their own. They are doing nothing about rising unemployment. They are embarrassing us internationally with their inadequate response to the global warming crisis. They are running stupid short term destructive policies on energy, transport, the environment and superannuation, and hugely risky policies on Education, ACC, Auckland and “Defense” (Afghanistan). Their coalition management is appalling, and their coalition partners are mired in controversy. They are tolerating any kind of corrupt and unethical behaviour in their Ministers and MPs (from deputy Bill English on down). John Key is a weak leader being openly defied by his own MPs. He does nothing except smile on photo ops like Letterman, and be “relaxed” about each new incident or wanton MP.

The one and only thing National have going for them is high ratings. Various Nat fans like to drop in here at The Standard and wave their big polls about. Makes them feel all warm and tingly I’m sure. But – it’s a hollow shell. Prick the bubble of the polls (and it may not happen soon, but it will happen) – and there’s no foundations. Nothing to fall back on. No record of achievement. No integrity. No vision. Nothing.

The last Labour government endured a long time because, whatever it’s faults, it had obvious strengths as well. As time wore on and the honeymoon wore off, the high standards, the obvious achievements, the strong leadership, all were enough to carry Labour through three successful terms. When National’s honeymoon wears off it doesn’t have this foundation. Like my friend Wile E Coyote National will find themselves hanging in mid air, with a long long way to fall. They’ll lose the next election. You heard it here first!

76 comments on “National will lose the next election ”