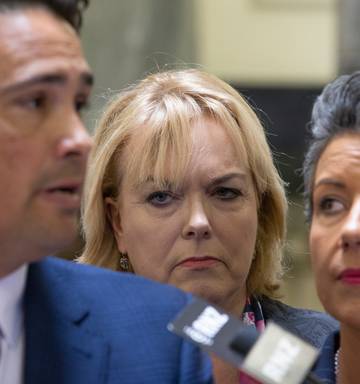 I posted this post a week ago to highlight what a shambles National’s culture review had developed into.  Things have got worse.

Listen to it to marvel how bad it was.

If you can imagine a scene written jointly by Monty Python and Franz Kafka you will get a feeling of what the interview was like.

Some of the details:

I suspect the reason why the report has not even been shared with MPs and its contents kept so secret is that Bridges and the party are very concerned that the whole report or embarrassing parts of it will then leak.  National has an epidemic of leaking right now.

I almost feel sorry for Bridges.

Update: Just posted on twitter and too good to ignore: