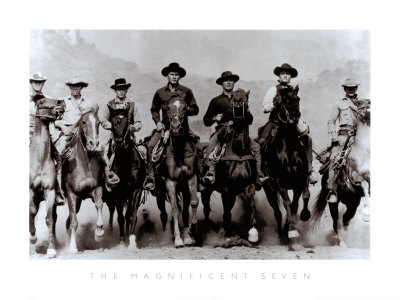 A while ago at a barbeque a couple of friends were discussing the “Seven Good Pairs of Hands Theory”, namely, that a good government only needs seven very good people at its core to run effectively. Indeed, more than seven can often be problematic because of competition issues, but that isn’t usually a problem in New Zealand politics because finding seven really competent politicians in one party isn’t often that easy.

We thought the Clark administration just managed to scrape together a core of seven highly competent politicians (and ok, ‘magnificent’ is definitely poetic license), but we couldn’t for the life of us think of seven names for Key Corp – a few, for sure. But not seven.

So could some Rightie, or generous spirited Leftie, please tell me who National’s Magnificent Seven might be?