National’s New Lynn candidate is not having a good campaign

With National’s party vote plummeting the prospects of new list MPs being elected is decreasing rapidly.  But the third new MP on the list, Paulo Garcia is an interesting choice.  And you have to wonder why he was selected.

I wrote about him earlier.  I was astounded that National thought that he would be the best candidate.  I personally thought that Ruby Manukia Shaumkell could have causes Labour all sorts of problems if she was National’s candidate.

Garcia was the Honorary Counsel for the Philippines in New Zealand.  I was worried because it appeared that the Philippine Ambassador seemed to be an over enthusiastic supporter of Paulo’s National Party candidacy.  He replied and explained that he attended meetings involving a number of different political parties and also supported the candidacy of Romy Udanga who is Labour’s candidate on the North Shore.  Good on him.

Garcia believes that abortion is wrong and that raising children is harder for same-sex couples.  He also does not believe in recreational fornication and says that intercourse should be about procreation.  Those views will go down well out west.

He is also confident that he will win the seat.  How he handles his inevitable loss once he does lose I do not know.  Perhaps he should question his completely uncompromising faith.

His birth control beliefs are the sorts of beliefs that conservative Republicans have.  He thinks that sense will overcome teenage hormones.  Can he let me know if this works because so far I have seen no evidence that it does.

He is also apparently in love with West Auckland and cannot wait to move closer.  Sorry Pablo if you really loved West Auckland you would already live here.  Waiting until you are elected is a real cop out.

What I am interested in is how he reconciles his pro life beliefs with his position as the honorary consul of a country whose leader, Rodrigo Duterte, has been accused of being responsible for the extra judicial deaths of thousands and thousands of Philippine citizens.  Their problem was that the Philippine Government thought they were drug pushers or drug addicts.  They were killed by police guns.  No need for an expensive trial or lawyers with this technique.

And the cases of extra judicial killing are showing up significant anomalies.  Like the shooting of Kian Loyd delos Santos a teenager aged 17 whose death is going to be investigated by the senate.  From the New York Times:

Kian Loyd delos Santos, 17, is just one of thousands of Filipinos shot and killed by the police since President Rodrigo Duterte began a sweeping crackdown on drugs last year.

But the youth’s death last week in Caloocan City, outside Manila, has had an effect that no other police killing has: The Senate, though dominated by allies of the president, has opened an investigation.

Mr. delos Santos, a high school student, was among 96 people killed in the Manila area last week in what the police called a “one-time, big-time” crackdown on drug dealers and addicts in the capital and several sprawling suburbs. It was the bloodiest week of the antidrug campaign that Mr. Duterte started after taking office last summer, promising to rid the country of corruption and crime.

The police said that Mr. delos Santos had been carrying a handgun when they encountered him on Aug. 16, and that they had shot him in self-defense after he “fought it out” with them. The police have a term for that, “nanlaban,” which has become associated in the Philippines with police killings.

But since the teenager’s death, surveillance camera footage has emerged of police officers forcefully leading him away — contradicting accounts of a spontaneous shootout. Witnesses said they had seen officers dragging Mr. delos Santos to a cul-de-sac near a community basketball court, handing him a gun and telling him to run — only to shoot him as he turned to do so.

An autopsy found that Mr. delos Santos had been shot at least twice in the head, at close range. At his wake, his father told reporters that a gun had been found in the youth’s left hand, though he was right-handed. He had wanted to be a police officer, the father added.

The police have killed more than 3,500 people since the beginning of Mr. Duterte’s crackdown, according to their own count, and they note that the vast majority resisted arrest. While many Filipinos have expressed doubts about that point, rarely if ever have there been surveillance camera images contradicting a police account of a shooting, as in Mr. delos Santos’s case. 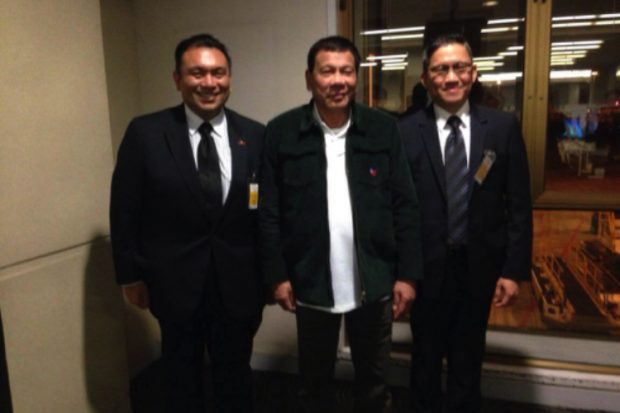 There is also the question of competence and he recently gave a train wreck of an interview where he could not answer such basic questions as where was the closest marae, the names of the local secondary schools, when David Cunliffe became the local MP, or when the New Lynn electorate was established.

Watch it and cringe.

Having strange world views do not help if you want to be elected. But if you want to do the job you need to have at least a basic knowledge of the area and the history.