National’s short lived status as a supporter of pay equity 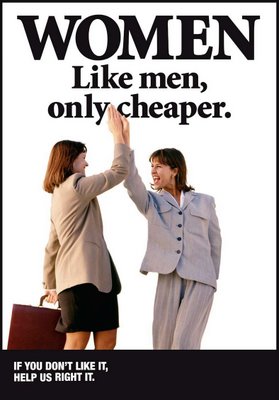 That did not take long.

A day after National announced the reaching of an important deal with Etu concerning the pay of care workers and the granting of good sized pay increases so that they will be paid an adequate wage for their important work the wheels have started to come off the charm offensive.

Yesterday National released draft legislation designed to address pay equity concerns.  The draft bill is obviously a response to the decision in Terranova v Service and Food Workers Union.  A clue is in the first sentence of the discussion document which mentions the case.

To advance the issue the Government had previously set up a Joint Working Group on Pay Equity Principles to investigate the issue and report back.  The group including Industry and Union Representation and was chaired by Dame Patsy Reddy.  The draft bill is a result of the Group’s work, although clearly some of the provisions were not based on consensus.

It was clear to the JWG that the wage and salary comparison method was going to be all important in assessing whether pay equity is occurring.  From the associated Cabinet Paper recommending the draft Bill:

The JWG was unable to reach agreement on guidance for identifying comparators in terms of industry or sectoral proximity to the employees in the pay equity claim. We recommend supplementing the JWG proposals to require that comparators be drawn from within the business, similar businesses, or the same industry or sector when available and appropriate.

The JWG recommendations included this passage:

An examination of the work and remuneration of appropriate comparators may include:

i. male comparators performing work which is the same as or similar to the work at issue in circumstances in which the male comparators’ work is not predominantly performed by females; and/or

ii. male comparators who perform different work all of which, or aspects of which, involve skills and/or responsibilities and/or conditions and/or degrees of effort which are the same or substantially similar to the work being examined; and

iii. any other useful and relevant comparators.

The issue is highlighted by Richard Wagstaff in this Stuff article:

However, Council of Trade Unions president Richard Wagstaff said it contained a “limiting mechanism” for choosing and agreeing comparators for claimants which was at odds with the existing Equal Pay Act, the recent Court of Appeal Judgement and was impractical.

Rather than allowing for the negotiating parties to proceed on the basis of a general agreement over comparable roles, it forces them into pre-negotiations to agree on specific roles, before mediation can begin.

It would ultimately impede women making claims for equal pay, and it was not the way comparator roles aided negotiations in the Bartlett case, Wagstaff said.

“Comparators are a crucial part of assessing whether pay inequity exists. Women need to be able to select the most appropriate comparator for their particular role regardless of who their employer happens to be,” he said.

“The fairest outcome is for the best and most relevant comparator to be selected in each circumstance. This Bill as it stands will trap many low paid women on discriminatory wage rates.”

The draft legislation states (clause 23(2)(d)) that “comparators from a different industry or sector may be selected for the assessment only if no other appropriate comparators exist”.  I believe this is the problem referred to by Wagstaff.  It is difficult to see how gender discrimination could have been proven if rest home workers were limited to compare their pay to workers in the home support or disability services sectors as an example.  If this was the applicable provision Wagstaff is right and Kristine Bartlett would have lost her case.

Clearly the Government is intending this choice.  After all it was alerted in the Cabinet Paper about the implications of doing so.

It is seeking to stop further pay equity decisions from occurring and to limit the implications of Kristine Bartlett and the SFWU’s deserved win.  Shame on it.