Judith Collins, who has made it her mission in life to attack benefits at every turn, has been meeting with Mission Australia, the largest private â€˜work-for-the-dole’ scheme provider in Australia. This is a clear indication that, in contrast to the moderate, modern approach Key says he espouses, National will be returning to the failed policy of work-for-the-dole.

Work-for-the-dole was introduced in the dying days of the last National Government. It was cancelled by the incoming Labour-led Government in 2000. A report on the scheme concluded it had failed unemployed workers by shortening the length of time they had to find suitable work before either losing their benefit or being conscripted into work-for-the-dole. Work-for-the-dole resulted in higher unemployment than it otherwise would have.

Proponents of work-for-the-dole argue it helps long-term unemployed get off benefits. There’s no proof that’s the case, it’s all ideology. Moreover, the number of long-term unemployed is tiny and has fallen in recent years, not due to work-for-the-dole but because of a full employment policy that invests resources into getting people into decent work. 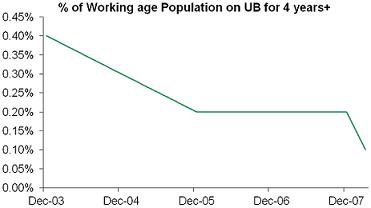 Work-for-the-dole is a nice sounding slogan but it doesn’t work in practice. As with ACC and the 90 Day No Rights policy, National is following ideology, rather than doing what makes sense.

291 comments on “Would Nats introduce work-for-the-dole? ”