Judith Collins is an utter failure. She calls herself ‘Crusher’ but hasn’t crushed a single car two years after promising to. Crime has gone up under her watch and police deaths have increased despite her claim that the Taser would make them safer. So, there’s plenty of good ways to criticise her without dumb shit like this. 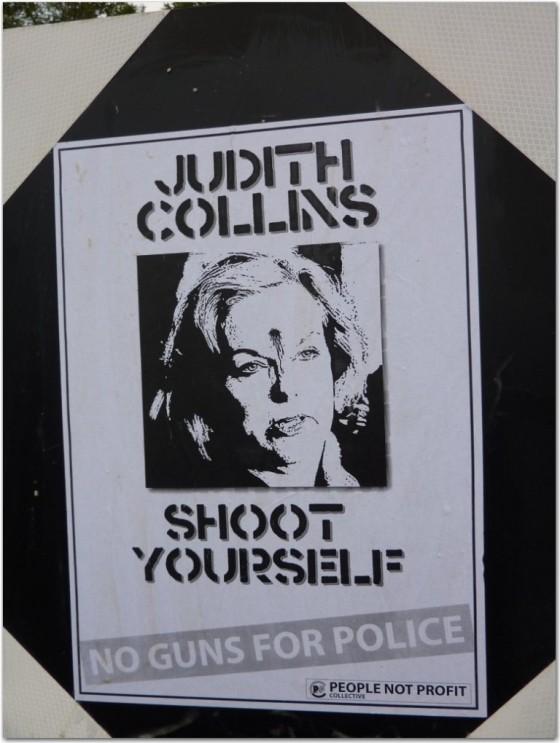 Apparently, these were done by a few teenagers. And I hope they realise it was stupid now. This kind of thing draws no-one to your side and only gives ammo to losers like Cameron Slater.

63 comments on “Needed like a hole in the head ”