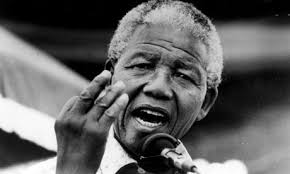 Nelson Mandela, the towering figure of Africa’s struggle for freedom and a hero to millions around the world, has died at the age of 95.

South Africa‘s first black president died after years of declining health that had caused him to withdraw from public life.

The death of Mandela will send South Africa deep into mourning and self-reflection 18 years after he led the country from racial apartheid to inclusive democracy.

But his passing will also be keenly felt by people around the world who revered Mandela as one of history’s last great statesmen, and a moral paragon comparable with Mohandas Gandhi and Martin Luther King.

It was a transcendent act of forgiveness after spending 27 years in prison, 18 of them on Robben Island, that will assure his place in history. With South Africa facing possible civil war, Mandela sought reconciliation with the white minority to build a new democracy.

He led the African National Congress (ANC) to victory in the country’s first multiracial election in 1994. Unlike other African liberation leaders who cling to power, such as Zimbabwe’s Robert Mugabe, he then voluntarily stepped down after one term.

No doubt lots will be written about him in the days to come but for me his combination of eloquence and principle made him stand out as a leader.  And his willingness to forgive held South Africa together after apartheid was toppled when chaos could have been the outcome.

The last word should be his:

I am fundamentally an optimist. Whether that comes from nature or nurture, I cannot say. Part of being optimistic is keeping one’s head pointed toward the sun, one’s feet moving forward. There were many dark moments when my faith in humanity was sorely tested, but I would not and could not give myself up to despair. That way lays defeat and death.”

158 comments on “Nelson Mandela has died ”