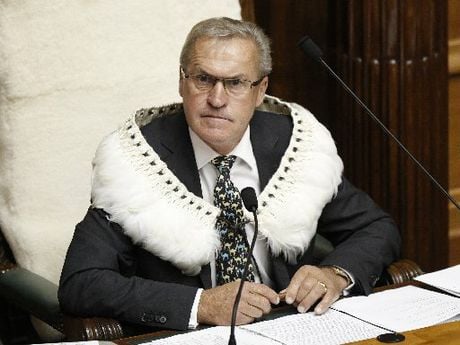 Like this one when Phil Twyford called Jami-Lee Ross a fool and an idiot.

Phil Twyford : You fool. You’re an idiot. No one is saying that.

JAMI-LEE ROSS : I raise a point of order, Mr Speaker. I have got a pretty thick skin, but I take exception to that.

Rt Hon JOHN KEY : Yes, this Government did renew the ban put in place by Labour, and what I can also confirm is: firstly, the 2007 Labour Government was aware of the problem; secondly, it was looking to take its own actions; and, thirdly, the Leader of the Opposition has been set up by Annette King and Phil Goff.

Hon Annette King : I raise a point of order, Mr Speaker. I take exception to the last part of that answer. On three occasions he has claimed that I set somebody up. I object to that. It is a lie.

Mr SPEAKER : On the basis that the member has taken offence, I am going to ask the Prime Minister to stand and withdraw that part of the answer.

Grant Robertson: How can she say that the only option was to go straight to the airport or to Oravida when the programme for her visit actually had a business and legal round table in the timeslot that was used for her visit to Oravida?

Hon Trevor Mallard: Half a million dollars for the family.

Hon JUDITH COLLINS: I take exception to that comment. I would like to have it withdrawn, please.

Mr SPEAKER: The member has taken offence to the interjection that came from the Hon Trevor Mallard. Would he stand and withdraw that comment.

Mr SPEAKER: Order! We will deal with that afterwards. I have asked the member—

Hon Trevor Mallard: No, I am not going to withdraw, Mr Speaker.

Mr SPEAKER: That puts us in a very difficult position, where I have no choice but to then ask—

Hon Trevor Mallard: It was not an unparliamentary comment.

Mr SPEAKER: Order! No, the member alluded to a substantial amount of money being the benefit to the family. The Minister has taken objection to that, I think, with justification. I will ask the member once more to stand and withdraw that comment. If not—

Hon Trevor Mallard: I will not withdraw the truth. Her—

So you can see that if an MP calls another MP a fool or an idiot, or claims that an MP set someone up, or they made things up or their family received money or says something that upsets them then at their request the offending MP can be forced to withdraw their comment.

But yesterday the rules appeared to change.  John Key claiming that Labour and Kelvin Davis  are “backing the rapists” which is patently not true as well as being completely offensive is somehow acceptable Parliamentary language.

Rob Salmond may be right and Key may have engaged in the Crosby Textor diversionary dead cat tactic.  But the speaker’s job is to try and maintain some sort of order and not let the debating chamber descend into a bar room brawl.

Other speakers have taken the job seriously.  Former speaker Lockwood Smith received accolades from the opposition for insisting that Ministers needed to answer straight questions with a straight answer.  He understood the importance of the Parliamentary process.

I expect that there will be considerable attention on question time this afternoon.  And if we witness the same sort of decision making by the Speaker then who knows what will happen.

And public respect for the political process will deteriorate further.  Maybe this is the plan …