New Zealand’s offer to accept some of Nauru’s refugees 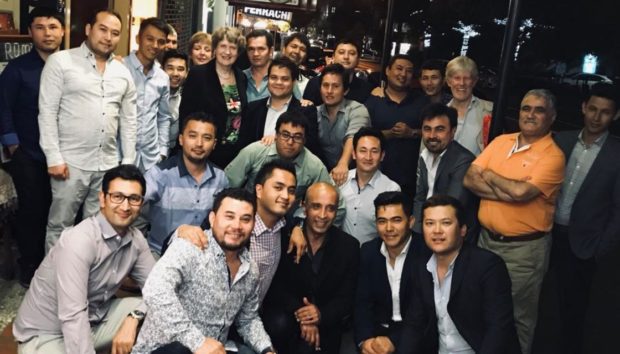 Back in 2001 I can vividly recall being at a public meeting that the Titirangi Labour Party organised.  Helen Clark was our speaker and was going to talk about international events.

At the time there was an Australian election occurring.  During the campaign period Liberal PM John Howard and some of his Ministers claimed that some Afghani refugees on the Tampa boat were threatening to throw their kids overboard to put pressure on the Australian Government to accept their refugee claims.

There was a problem with the claim.  It was horseshit.

But it created a groundswell of support for the Liberal Party and Howard was returned to power.  Weaponised cruelty to foreigners has been a well used technique by Australian conservatives ever since.

Helen Clark responded by agreeing to take 131 as refugees and announced the decision at the meeting that I was at.  The feeling of happiness and pride that the announcement created I can recall vividly.  It was great that the New Zealand Government was going to treat fellow human beings who were in difficulty in an entirely different way to the way adopted by the Australian Government.

History then shows that some of the Tampa refugees were brought to New Zealand, integrated, and have made New Zealand their home.  Many years later they are now part of New Zealand society and productive contributors to the common good as well as our diversity.

We now have a similar situation although this involves more brutal and longer standing problems.

Until recent events the current Minister of Immigration and wannabe Prime Minister responsible for this crisis is Peter Dutton.

He was first elected in 2002 during the Baby overboard election.  It clearly prepared him for his stellar parliamentary career which would involve him terrorising Kiwis, especially the dark skinned ones, and taking urgent court action to stop seriously ill refugee kids from receiving medical treatment.

With a deep sense of pride I see our Government is continuing with its advocacy for the detainees.  The offer has been made to take 150 refugees and this offer remains open.  And Jacinda Ardern is hinting she may meet with at least one of them at the forthcoming Pacific Islands Forum.  From Radio New Zealand:

An Iranian man detained on Nauru wrote to Jacinda Ardern earlier this month asking if he could meet with her when she visits Nauru.

He was told by her office that would not be possible as she will be focussed on the Pacific Islands Forum Leaders’ meeting.

But with mounting calls for New Zealand to take the children from the detention centres and a change in tune in Australian politics – there seems to be more equivocal language from Ms Ardern.

“I’m currently still working though my programme when I’m on Nauru, I will have a very short time, the Minister of Foreign Affairs will have a slightly longer time, but we are just finalising the details of what my programme there will look like.”

If Dutton becomes Australian PM expect the normally close New Zealand Australia relationship to become strained.  This passage from a recent Stuff article will set out why:

Green Party MP Golriz Ghahraman says Peter Dutton’s move to Australia’s back bench could present an opportunity for the refugees detained in the Pacific.

The hardline politician was responsible for policing Australia’s borders and enforcing the country’s ‘turn back the boats’ policy, which saw asylum seekers sent to offshore processing centres on the tiny Pacific Island of Nauru, and Papua New Guinea’s Nauru.

He was also scathing of Prime Minister Jacinda Ardern’s repeated offer to resettle up to 150 refugees from Nauru and/or Manus, 119 of which are children.

Dutton said New Zealand benefited from Australia’s policies and geographical position, and offers of resettlement would be used as marketing material by people smugglers.

Australia has repeatedly turned down the offer, to prioritise a deal with the United States. But more than five years on from the initiation of the policy, refugees remain in harsh conditions, and US resettlement is not an option for many due to President Donald Trump’s travel ban.

The suggestion that Trump’s administration will accept the refugees and this is why Australia is not accepting New Zealand’s offer is laughable.  And it is consigning the Nauru refugees to continue to live in extreme hardship.

I hope Jacinda sticks to her position.  And I really hope that she finds time to meet with some of the refugees.  To remind them that not all western leaders are inhumane.