Quite apart from falling to his lowest level ever as preferred PM, the Newshub poll had more bad news for King John:

The verdict is in: John Key’s government has failed the New Zealand public when it comes to controlling the housing market.

The failure has been made clear with an unprecedented 76 percent of voters in the latest Newshub-Reid Research poll saying ‘no, the Government is not doing enough when it comes to housing’. …

Govt failing ‘clear obligation’ to children, “Allowing a situation where children are living in cars and garages means the government is failing to meet international obligations, the Children’s Commissioner says”.

Kiwi house prices continue record-breaking climb, “Since April 2011 the average asking price is up almost fifty per cent and the increase of $36,000 is pretty close to the median annual wage after tax in New Zealand. That shows properties are now earning more than the median amount earned by a Kiwi employee”.

Property speculation is the only job that matters, “When Te Puea marae threw open their doors to the homeless earlier this week, they showed up the Government for its woefully inadequate response to the housing crisis”.

Government won’t wipe Work and Income motel debts, “More and more people are running up debts of tens of thousands of dollars living in emergency accommodation like motels, according to community housing groups”.

Is NZ facing a crisis of conscience?, “The housing crisis has taken on a more visible form, with the issues of emergency housing and homelessness”.

Is there a housing crisis? John Key fails to say yes or no after being put on the spot, “It’s the term on many New Zealanders’ lips, but seems to be the one Prime Minister John Key just can’t bring himself to say”.

John Key claims he slept like a baby after seeing the latest polls. So he repeatedly woke up, cried and soiled himself?

More forests have fallen to print National's propaganda than to build houses. 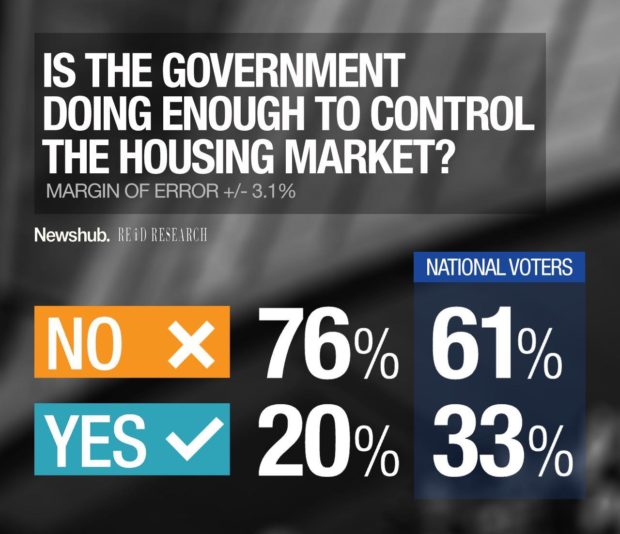