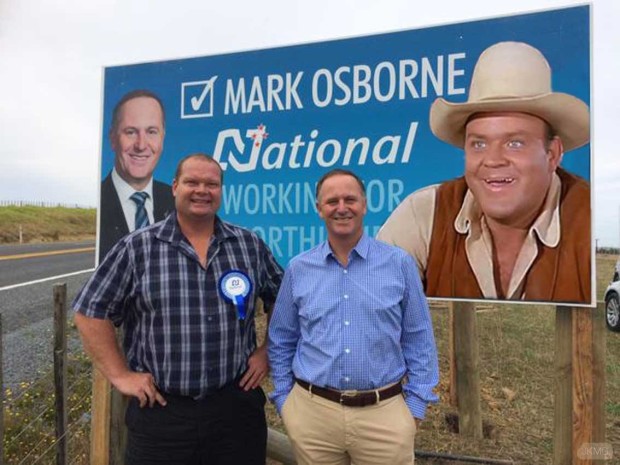 So the cheque book has come out and National is targeting local greed to try and get its candidate Mark Osborne home in Northland. National has promised to convert to two lanes ten existing one lane bridges at a cost of up to $69 million.

As pointed out by Andrew Geddis it is unusual for a private individual to announce a significant spend of Government money as has occurred here.  And his analysis of the Northland Regional Council Regional Land Transport Plan for 2015-2021 shows that only three of the bridges were listed as potential projects and two of these bridges were given the lowest ranking.  The other seven did not warrant any local support.

And news broke this afternoon which may cause some embarrassment to the Government.  Apparently one of the bridges is close to the home of National candidate Mark Osborne.  According to Jessica Williams:

Also also, one of the Bridges of Northland County is *right next* to Mark Osborne's house. The National candidate. Coincidence!

Osborne has some experience with bridges.  While working for Council he recommended that a footbridge be removed because criminals used it to get away from the police.

The area had become dangerous as it was used as a shortcut by undesirable people. Although the minutes do not reflect discussion on the Taaffe Street Bridge, it was considered at that time to be an exit from central Kaitaia which was used by persons to escape from the police. ”

Using this logic the most rational thing to do would be to not build these bridges given the propensity of criminals driving cars to drive over the existing bridges.

But as inferred by Geddis there is a word starting with “C” that seems very applicable.