Yesterday the government released its National Energy Strategy [PDF]. I harshly criticised the draft version when they were released and leaked for replacing Labour’s goal of shifting us to a sustainable, low-emissions energy-future with a dream of finding oil, and for failing to provide any concrete measures for achieving its goals. The final version is, if anything, worse. 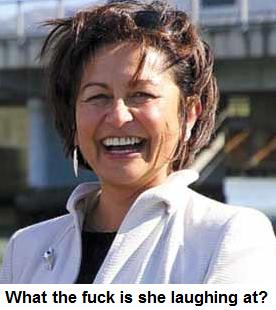 While the government has switched the ordering of the goals, so that it no longer puts finding oil first and the environment last, it has also put a much greater emphasis on its quest for oil, with an extended preface about how important oil is, and the simultaneous release of a report on how much money the government could make out of it. The government is spinning this as pushing for “diversity”, but its nothing of the sort. Because we lack export facilities, any gas discovered will be used domestically – meaning that the push for exploration and exploitation directly undermines the stated goal of 90% renewable electricity generation by 2025. So instead of a strategy for a greener future, we have a strategy for a dirtier one, with millions of dollars in subsidies spent to undermine sustainability.

And then there’s the Energy Efficiency and Conservation part of the document. The previous version [PDF] had been weak, and had not listed specific programs to achieve its goals. The new version is even weaker, having replaced almost all numerical (and thus quantifiable and accountable) goals with vague, fuzzy statements. For example the previous version called for 29 PetaJoules of savings in transport energy, and a 4% improvement in vehicle fleet efficiency. The new one simply says that

The efficiency of light vehicles entering the fleet has further improved from 2010 levels.

And its the same all the way through. The previous version called for 21PJ of energy savings and a 14% improvement in industrial and commercial energy intensity; now the government just wants “an improvement”. A 10% reduction in energy use / staff member in the public sector has been similarly reduced to a desire for improvement. Only one numerical goal has been retained, for energy generation from biomass. That goal has been halved.

This isn’t a “strategy”. Instead, its an abdication of responsibility. The lack of targets is a commitment to doing nothing, to business as usual. While that does produce slight improvements in energy efficiency, the government – and New Zealand – should be demanding more.