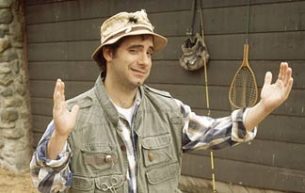 New Zealand’s fishery catch has been estimated at a staggering 2.7 times more than reported, over a 60 year period, according to a new, long-term, peer-reviewed study.

New Zealand’s fishing quota system has been paraded as an international success story of how a national fishery can be sustainably managed, but, as long suspected by many industry observers, cheating on an industrial scale and a huge discarded by-catch calls into question issues of both management and sustainability.

The total amount of marine fish caught in New Zealand waters between 1950 and 2010 is according to the best estimate, 2.7 times more than official statistics suggest, according to the study, which is part of an international collaboration between 400 researchers that sought to fill the gaps left by official catch data.

The study is part of the 15-year “Sea Around Us” project run out of the Institute for the Oceans and Fisheries, University of British Columbia.

The global results were published in the respected Nature Communications journal in January.

The New Zealand results have now been published by the Institute for the Oceans and Fisheries.

Unreported commercial catch and discarded fish, by-catch, accounted for most of the difference between the reported and the actual result, said lead researcher Dr Glenn Simmons, from the New Zealand Asia Institute at the University of Auckland Business School.

Since the Quota Management System (QMS) was introduced in 1986, the total catch is conservatively estimated to be 2.1 times that reported to the FAO, with unreported commercial catch and discards accounting for the vast majority of the discrepancy.

“Fish of little or no perceived economic value have been routinely dumped at sea and not reported. By-catch – fish caught along with the target species – is common and unavoidable. They’re routinely dumped if unmarketable, under the minimum legal size, or if the fisher has no quota,” Simmons said.

“The findings also reveal how the QMS, despite its intentions and international reputation, actually undermines sustainable fisheries management by inadvertently incentivising misreporting and dumping,” Simmons said.

“A striking finding was the extent of misreporting to avoid deemed value penalties – at sea and on land. This highlights a weakness of the QMS, which relies on full and accurate reporting, yet, in practice, incentivises misreporting.

“The evidence shows the QMS is in need of a robust critical review, along with consideration of alternatives to ensure the latest information, processes and technology are being utilized,” he said.

Simmons said a starting point for sustainability is knowing how much fish is being caught.

Unreported catches and dumping not only undermine the sustainability of fisheries, but result in suboptimal use of fishery resources and economic waste of valuable protein, he added.

“If the industry is catching more than double the amount of fish it is reporting as having caught, this calls into question the sustainability of fisheries management in New Zealand, Green Party environment spokesperson Eugenie Sage said.

“The National Government must ensure that our fisheries data is accurate and reliable. Fisheries Minister, Nathan Guy, needs to close the loopholes that are allowing systemic under-reporting and dumping of our fish,” she said.

Catch statistics that New Zealand and other countries report to the United Nations’ Food and Agriculture Organisation (FAO) do not include illegal or otherwise unreported commercial catches and discards. They also leave out, or substantially under-report, fish taken by recreational and customary fishers, Simmons said.

Recreational and customary catch was 0.51 million tonnes, or 1.3 percent of the total.

The New Zealand researchers said they drew on an extensive body of documentation, including stock assessment reports, peer-reviewed literature, unpublished reports, information obtained under the Official Information Act, as well as 308 confidential interviews with industry experts and personnel with first-hand knowledge of fishing and reporting practices.

They combined this data with official catch data to statistically “reconstruct” a more comprehensive, robust catch estimate. The same method was used throughout the global series of studies.

The study found global catches peaked at 130 million tonnes in 1996, which is 51% higher than the FAO figure of 86 million tonnes and there has been a sharp decline from this peak, at more than three times the rate suggested by FAO figures.

Sage called for the government to establish and make public video monitoring of catches, and increase the number of government observers on commercial vessels and at port coverage.”