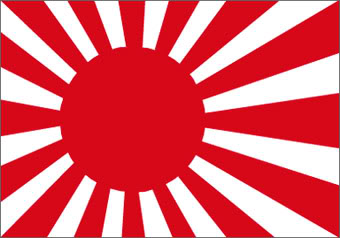 Pete Bethune is one of New Zealand’s heroes. He’s been a successful entrepreneur and gone on to use his wealth to fight the big guys on the grounds of principle. As skipper of the New Zealand flagged hi-tech boat Earthrace, his circumnavigation attempts showcased kiwi ingenuity to the world and demonstrated the value of bio-fuels to the marine industry. He’s risked life and limb in the Southern Oceans to expose the tragic farce that is Japanese whaling.

Since then Bethune’s iconic ship has been deliberately mowed down by the Japanese in an act of aggression that will be ruled on by the International Maritime Court as criminal. You only need to look at the video taken from the attacking Japanese ship Shonan Maru II to see how it deliberately alters its heading and turns into Bethune’s ship then quickly turns away once its mission is accomplished. Despite being much much bigger than its victim, the Shonan Maru II is clearly a very manoeuvrable boat, as you’d expect it to be for its role. The collision was no accident. To further add to the Japanese’s illegality, Shonan Maru II then fires water canon on the crew of the stricken vessel, despite international maritime law stating that one must render assistance on the high seas. There is nothing ambiguous about the illegality of the Japanese crew’s actions and this will be shown in court.

Bethune later boarded the Shonan Maru II to make a citizen’s arrest for the attempted murder of his crew. He has remained a prisoner of the Japanese ever since on a range of trumped-up bogus charges. He still awaits trial in the Japanese legal system, a system that boasts a profoundly suspicious 95% conviction rate. Bethune is of course a political prisoner, a fact that I suspect will make the chances of a kangaroo court conviction even higher. He faces up to 15 years imprisonment for daring to say NO to Japanese whaling interests.

And what have we heard from our Government on the topic of standing up for our citizen’s interests, let alone standing up for a national hero? Well, sweet FA. When McCully did open his mouth it was to oafishly suggest that, despite the basic edicts of maritime law and evidence that the Japanese had imperiously ignored it, it was somehow mysteriously all the protesters’ fault for bothering to stand up for a principle against profoundly immoral corporate interests. Now that Murray has finally managed to engage his brain on the topic the best he can come up with is to stand by in silence and leave a New Zealand national to languish as a prisoner of the Japanese.

The cowardly and toadying silence from the Key Government over Bethune’s plight is as disgraceful as it is foolhardy.

In practical terms it really doesn’t pay to let other governments think you don’t give a shit about your own people, especially if they’re national heroes like Bethune. As a maritime nation it’s also good to stick up for international maritime law. In a geopolitical sense, simpering appeasement really doesn’t pay as a strategy for dealing with imperialist aggression – just ask Mr Chamberlain. And in terms of our domestic politics, if Bethune is convicted by the Japanese and kept in their prisons, this will become a running sore that will do nothing but continue to disgrace our Government and fuel very impassioned campaigns against it. It will raise many old animosities with older voters, and politicize many younger voters – voters who see direct political action as heroic.

Messrs Key and McCully, stuff this one up any more and you will come to deeply regret that you never lifted a finger to save one of ours.

100 comments on “NZ hero still prisoner of the Japanese State ”