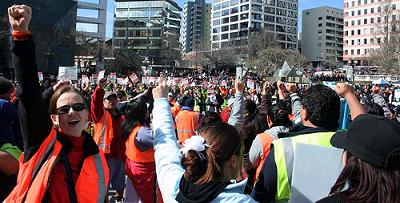 It is time for the Left to take back the language of freedom. At its heart freedom, power for the ordinary person, is what the Left is about.

That’s real freedom; that’s what the Left stands for. Politicians of the Left should be proud to say it.