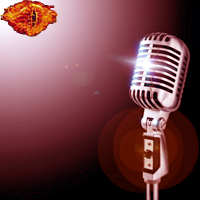 The usual good behaviour rules apply (see the link to Policy in the banner).

Step right up to the mike, my precious…