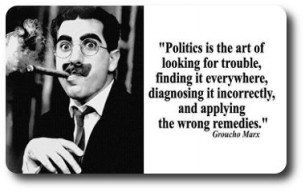 Press releases on opposition party websites, often highlight issues that the MSM don’t pick up on.  This often indicates some of the biases and/or weakneses of our news media.  It’s not always wilful and politcally-biased avoidance.  Sometimes it’s just that the MSM news looks for sensationalist, dramatic and simplistic headlines.  They don’t do a lot of in-depth and analysis or background explanation.  Nevertheless, the majority of journalists and editors have unthinkingly absorbed neoliberal values, and this also influences their judgement.

Yesterday, the MSM picked up on a press release almost immediately. Clare Curran posted an article on the Labour Party site (and on Scoop) just before 2.30pm, claiming there had been a catastrophic failure of the Southern Cross Cable earlier that date. This is the under sea cable that connects the NZ Internet with other countries.  Curran claimed the failure still hadn’t been resolved. Within an hour it had been picked up by Stuff (3.15pm); TVNZ (3.52 pm); TV3 News (3.45pm); NZ Herald (3.17pm); NewstalkZB (2.56pm); NBR (3pm).  Southern Cross responded by saying it was an ‘incident’, but not catastrophic’.  This is an issue that is easy to understand, dramatic, and would have a significant impact on the business and finance world, as well as on ordinary Kiwis – and no doubt it would impact on NZ journalists and media organisations significantly.

By yesterday afternoon, there were other statements on opposition party websites, that still hadn’t been picked up by many (if any) of the MSM news outlets.  These were on issues that either mostly impact significantly on  low income and marginalised people, or were critical of our current government’s policies and politicians.

Jacinda Ardern has done some digging, via OIA requests and Questions for Oral Answer.  She has discovered, that Paula Bennett had previously mislead the public on reasons for:

… the hasty departure of the head of Work and Income just 11 months after she was hired, ….

“That leaves two options – either Ms Bennett lied, or her oversight of what is going on at Work and Income is so lax that she didn’t know that its top executive had to be sacked.

Tertiary education as been suffering from neoliberal policies which value vocational relevance over independent research and critical thinking.  This is just another destructive step for our tertiary sector.

Clare Curran ponders on the appointment of National Party-affiliated Ricard Long to the board of TVNZ. She is rhetorically expresses hope that he won’t show political bias in this position.  So far I have only seen the NZ Herald report on this appointment, and it’s pretty bland – merely reporting Craig Foss’s recommendation of Long’s suitability. Given how much NAct have worked to destroy public broadcasting, I find this a worrying appointment.

The Mana Party website has an article on the recent draw of Harawira’s ‘Feed the Kids” Bill from the Private Members’ Ballot:

Harawira said that his Education … Bill would provide free breakfast and lunches for all children in decile 1 and 2 schools in New Zealand.

Like Idiot/Savant, I’ll be looking to see if Peter Dunne will vote against it, thereby repeating his hypocrisy this week in voting against Turei’s Bill to extend in-work tax credits.  Turei’s Bill aimed to provide immediate help to children in poverty.

The most curious opposition website article comes from NZ First, that claims John Key’s buffoonery exposes the fact that he is actually a “bumbling Marxist”.

The really frightening aspect to all this is that Mr Key’s predilection for Groucho Marxism is growing as he runs for cover over his incompetent handling of issues such as the economy, unemployment, a crisis in manufacturing, and the Dotcom illegal spying fiasco.

In contrast to the press releases that were ignored, the “Southern Cross Cable” story does not threaten to disrupt the “neoliberal” discourse that is still dominant in the mainstream media.  Nor does it significantly challenge a system that benefits the powerful and wealthy elite, and demonises those struggling on low incomes.

There may be more effective ways to get the attention of the MSM on crucial issues, but, it is difficult to do that without collaborating with, and reinforcing, the dominant neoliberal discourse.  A new narrative needs to be developed over time, across diverse platforms, and in creative ways.

39 comments on “Opposition Party statements; what the MSM doesn’t report ”