The failures of visual special effects 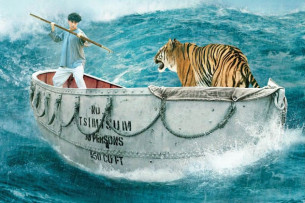 I “attended” a fascinating “town hall” meeting last week of artists from around the world in the Visual Special Effects sector. Ignited by the failure of the company Rhythm and Hues (despite recently completing most of the special effects for the film The Life of Pi and winning award recognition for the work), these workers have started to consider how the structure of the industry is leading to their exploitation and vulnerability

Workers attended meeting in LA, San Francisco, Austin, Vancouver, NZ, London, Brazil and many other parts of the world and were hooked up together through the internet. Clear from the twitter feed was that workers were also joining in from India and other countries and that the issues discussed are universal.

The format for the two hour meeting was a series of presentations by a panel with questions and comments from those attending either directly though the link or by social media. The key concerns were well expressed and widely accepted.

Firstly the industry is dominated by a few major studios who effectively broker and fund these films, contracting out all the creative content. When it comes to special effects, the studios are contracting the work to stand-alone companies who are underbidding to win work, making them vulnerable when extra work is demanded or who are simply under pricing their bids under pressure. These companies are in competition with each other and also more and more of the work is being done in low wage countries putting additional pressure on price. Basically the business model is faulty and designed to suit only the studios.

The second issue is the subsidy system being demanded by studios which sees countries and states using tax payer money to subsidise these films and busily out-bidding each other all around the world. It is common practice for the studios to directly bargain with national and state Governments for big subsidies, playing them off against each other and taking money that would otherwise be used for social services to make their films. The artists talked about chasing work around the world as the subsidy benefits shift. They complained of raising their kids by phone, of not being able to get decent health care or security from this ever shifting sand, and of the futility of these subsidies when they are not accompanied by any bottom lines regarding ongoing commitment of the industry to the country or state or to any guarantees around decent work. The workers reported many states now refusing to engage in this game and they called on all Governments to stop the practice. They are considering legal action in regards to WTO and other trade rules.

Finally they talked about the lack of organisation in the industry – both the employers and the artists – neither are well organised and they are being played off against each other to the detriment of both themselves and the industry in which they work. One person talked about being involved in 5 company failures and losing wages in each. One talked of losing his house and being unable to stay in the industry. All talked about the lack of recognition for what they now contribute to these films. They not only do a great deal of work now in films but they are also both creative and innovative. They are at the cutting edge of the challenge a film like the Life of Pi creates and are creating more and more intellectual property and making these films look better and better. As one person put it – they are lucky if the credits mention them after the catering. Personally I couldn’t give you one name of a star in this industry – they are invisible.

These workers are talking together to formulate a plan – the plan includes encouraging employers to work together through a trade association to challenge the business model and work together on what they need to thrive. As was pointed out at the meeting – many industries have trade organisations that work as a lobby, on information sharing and which takes a co-ordinating role. The studios have one! The workers also want representation and voice – there was debate about what this looks like – but the desire is clear – they want some leverage to improve their lot and secure their future in the industry. Thirdly they want the dignity of recognition for their work – for their creative contribution to be acknowledged!

I found two things very challenging about this meeting:

The fact is the industry is structured to make Unionisation dangerous unless it is done in a manner that can tackle that danger. So what is the answer? Well it is not really for me to say in the sense that I don’t quite get the local legal arrangements but it seems to me the number one desire of the group was to collectivise to enable strategising together on way forward

There are unions in the sector clearly especially in the USA and Canada. These unions could modify their model to allow these workers to join quietly in order to initially facilitate the discussion. If these workers each made a contribution by way of a union fee and were supported to meet, discuss, research, design and strategise in the first instance this would be a start and very reassuring. This model could be made available by union movements in other countries as well.

These workers want a voice on the political issues – they want lobbying on subsidies and status. This could be a priority action of this union membership – to promote some stars, to explain some techniques and innovations and to point out the downside of subsidies and create the political momentum to get this part of the model changed. The creative skills of these new union members could be used in innovative ways to do this collectively.

These workers want leverage for both the companies they worked for and themselves. A good project identifying potential for leverage could be developed and implemented. I would think this would include a formal and regular relationship with the new Trade Association if it gets going, or with willing players if not. It would include working with the other national and international unions in the industry (SAG, British Equity etc) to build relationships and win support for the key issues. It would build up the union membership – training recruitment leads, producing material, keeping everyone informed. It should include direct contact with Governments about the industry and should use the training schools for support. It should seek support from employers in the industry to support and promote the union membership so it can truly be a right and not a risk. As I say, this is a creative group – I reckon together they could be very inspiring in the methods they use.

Goal four: Gaining improvements for those that work in the industry

Clearly these workers want improvements – it seems to me that this has to happen at the studio level in the first instance. Supply chain pressure is needed – this is a long term strategy to put pressure on the studios to agree to industry based standards for these workers and implementation of these standards through the supply chain – basically only contracting with Special Effect Companies that sign up to these standards – therefore securing for those employers that want to improve conditions and security for their workers, the level playing field required to do it. This, in relevant countries could also include provision of health care insurance etc. This will come as leverage is built.

So all of these things would be beneficial and in my view fit within the mandate of a social organisation called a union to which these workers should belong. It could provide a safe and progressive programme of resourced activities to achieve the issues identified at the meeting. It should be a union and not a guild – this is what these workers need – and ideally it will be a union already in the industry that is able to link these workers together and support them, with the commitment and confidence of workers in the industry and work towards real change. The US laws allow anyone to join a union without the card check. The card check is only needed to gain formal recognition by the employer for bargaining. I don’t think, at this point at least, the card check and what it delivers is what these workers see as working for them. The real question is are unions up for recognising this?

And why is this relevant to NZ – The issue of unionisation with a big or small U is very much on our agenda. Looking at Forestry for example – telling these workers to join a Union and we will collectively bargain with their employer (all small contractors competing for work) is a nonsense and doesn’t ring true with these workers anyway. The problem here is the shape of the industry – the forest owners encourage and like the model as it exists because it leaves only them with power, and they will have to be pressured to change – forest workers can join a union that can do this. It can lobby on their behalf, raise the key issues in the industry, and allow them to have a voice. We are working on offering this model – easy and safe association meeting their needs and tackling the structure of the industry.

New successful social movements (including unions) are springing up around the world to represent workers that find themselves in non traditional industries or situations – street sellers organisations that want insurance and to live free from police harassment, migrant workers that want protections from unfair deportation and protection from unfair employment practices, youth who want employment and voice across the three or four jobs they may hold. Some of these organisations are huge and growing – they are unions with a small u and in my view hold out hope for workers in the global industry of film special effects.

I greatly admired the artists that turned up and spoke at the meeting. They were passionate about their jobs and each other. They showed great respect for those they work with and for. They simply want a fair go as all workers do, and I think it is in the industries interest and in the interest of all of us who love the movies that they get one!

46 comments on “The failures of visual special effects ”