Recent legislation by the NZ government is resulting in more necessary and basic public services being outsourced to being run by private entities. With this in mind, it is sobering to read a new report on the UK government’s extensive “outsourcing” (of public services) programme.  The report is by a think tank, Institute for Government (IfG), that includes some people with academic backgrounds as well as a few people who worked with Blair’s government.  The report exposes major ways that outsourcing contracts are “gamed” (meaning scammed) and the negative impacts of the outsourcing being monopolised by two main players, G4s and Serco.  However, rather than call for outsourcing to be scrapped, the report recommends that the government slow down its outsourcing programme, and tinker with it to improve the regulation and oversight.

The report is by a think tank, Institute for Government (IfG), that includes some people with academic backgrounds as well as a few people who worked with Blair’s government.  The Independent of 18 July, lists these major findings (among others) from the report:

* Private care companies sending residents to hospital for minor conditions – developing a mentality of “just ring 999” to transfer costs on to the NHS.

* Private contractors cutting corners in the Government’s welfare-to-work programme by “parking difficult cases” and “creaming” money for getting people into work who would almost certainly have done so without their involvement.

* Significant concerns that plans to outsource the probation service will not be cost-effective and private companies could be paid for work carried out by local authorities and the NHS.

The scamming of the UK welfare-to-work programme is particularly concerning for for NZ, as our government has just brought in significant changes to the welfare systems. As Simon Collins and Teuila Fuatai report in the NZ Herald:

A further 1000 sole parents and 1000 people with mental health problems will be handed over to contractors who will be paid from $2250 to $16,500 for each person they place in employment for at least a year.

The Independent article says of the IfG findings on the welfare-to-work programme:

The report found particular concerns with the Work Programme, where private companies are paid by results to get the long-term unemployed back into work. It found companies regularly playing the system to ensure they made money. One expert adviser told them: “If providers cannot make money doing the things you expect them to do, they will make money by doing the things you don’t want them to do.”

One director of a Work Programme contractor added: “These contracts are on the edge of being financially viable. You have to aggressively cream and park.”

Providers were also cutting costs by using “group sessions” and telephone calls rather than face-to-face contact. Providers claim the low fees paid by the Department for Work and Pensions (DWP) discourage them from focusing on more challenging groups.

The IfG report also indentified the tendency for a couple of private companies to dominate, particularly G4S and Serco.  These two companies have already been facing criticisms for scamming outsourced public sector work:

The report comes just days after the Government placed all the contracts held by two of the UK’s largest outsourcing firms, G4S and Serco, under review, after an audit showed they had charged for tagging criminals who were either dead, in prison, or never tagged in the first place. The two firms are the major private players in both the privatisation of the criminal justice system and the Work Programme. Experts say it is difficult to see how any further large-scale outsourcing of police, probation or prison projects can succeed without their involvement.

The IfG are wedded to the philosophy of market solutions to social needs and problems.  However, this just encourages profiteering, over putting the care of people first.  David Walker is onto this in the UK Guardian of 18 July:

In politics, ideological conviction remains intact. Tory commitment to ‘the market’ is untouched and shrinking the state and outsourcing the state go hand in hand. Labour, so keen on contracting when in power, is still on board. Contractors retain their friends in high places, including NHS England. Their lobbying power is formidable.

Walker also points out that government contractors (like G4S and Serco) are becoming quite dependent on public sector work. He continues,

And yet they may still be facing a moment of vulnerability, even danger – at least in balance sheet terms. If £1 in £3 of public service spending now goes through contractors, you see ratios of up to 75% in contractors’ dependence on the state (not just UK central government of course). Tony Travers of the London School of Economics calls them ‘para-statal’, not so different from arm’s length bodies or quangos.

As with the privatisation of Whanau Ora, the accounts of private contractors are less open to public scrutiny than if the public sector work was being done by in-house state agencies.

Walker concludes his article with the question that the IfG report doesn’t ask:

On a genuine like for like basis, do private companies provide a better service – defined qualitatively or by price? Perhaps no such general formula is possible, perhaps too much depends on the detail of commissioning or the specifics of the sector (social care will always be very different from bin emptying). But the absence of the algorithm makes the entire debate somewhat flaky – and prey to the ideologues.

The same can be said of all the outsourcing that Key’s government is initiating. 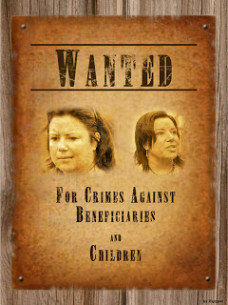 23 comments on “Outsourcing: Scamming the system ”