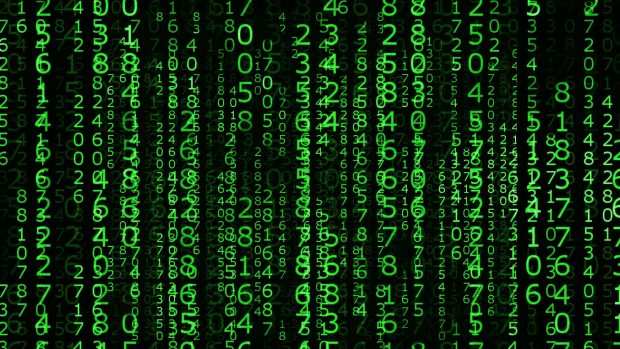 A little chill went down my spine when I saw that the Ministry of Health was checking with our data spy agency the GCSB to enable full tracing of people to slow further outbreaks.

The Ministry told RNZ that any data held about individuals would be used only to help the public health response and “not be used for other purposes”, commenting: “We expect the majority of the information held will also regularly and automatically be deleted.”

Massively invasive tracking and testing have been the primary means by which the governments of Hong Kong, Singapore, South Korea, and Taiwan have all managed to avoid prolonged lockdowns. So it works. They also arrested all the key democratic activists in Hong Kong over the weekend. Probably a coincidence.

Across workplaces everywhere people are generating forms and apps to track where you drove from, who you had in the car, whether any of your household is sick or is an essential service worker, even whether you’ve got pre-existing immune deficiency conditions, and indeed what your temperature is when you come to work. And failure to response means …

Google has been sharing some of its vast collection of location data with public health researchers and epidemiologists to help model the movement of its users. Thanks Siri. Plenty of firms are developing proximity-tracking apps to trace those who have had contact with COVID-19 patients.

As you might expect when we demand the state to take over management of society down to our actual personal movements to actually save the country, we lose a bunch of freedoms along the way. Clearly our own state is thinking along these lines already.

So, questions I would want to put to the Ministry of Health in a Select Committee, can it be proven that any and all of these temporary measures are reversible? The process of their removal must be defined into law from the moment of implementation.

Of course we have pretty clear principles for harvesting personal information, which are set out in our Act.

But as was shown this week when Paula Bennett was not found to have breached the privacy of Winston Peters when his superannuation details were released by one of very few people and high up the food chain in the heat of an election battle, you can have all the law on side and the money to get to court all you want and point to a big fat smoking gun and motive, and means, and opportunity, it can achieve zero practical protection or recourse to a mere citizen. Even a well-armed and wily one like Winston Peters.

To track potentially infected individuals, South Korea collects not only localisation data from cellphones and GPS, but also public transport data (Equivalent of our HOP cards and SuperGold Cards), credit card data, immigration records, and so on. But is there really any reason to collect and process and hold localisation data for months or years when this kind of virus only incubates inside two weeks? At last we’d know where Grandpa went to, I guess.

Behold, leviathan the state, benevolent in March and April but growing into a towering animal every day this goes on, behold this state has working groups that will not waste a crisis. Maybe we just trust the benevolence of our own little state so much that we don’t care if we open up our lives for more accurate health services, or telco services, or transport infrastructure. But once a state gains the capacity for a power to be exercised, it almost never gives it back.

It just keeps quiet about it.

Now you can go the full China version and have a smartphone app that aggregates your health data and on that assigns you a colour code (green, yellow, or red) reflecting your health status and can then prevent you from getting into a mall or a train.

But the softer, Australian version is on its way already and primed for release. Not compulsory to upload yet, but at least it’s more polite than printing 666 on your forehead.

Now, we have to be honest and admit that there’s very little privacy left, and we willingly have it away ourselves anyway. Every swipe, every Cookie, every site we visit.

And we won’t always have a Jacinda Ardern to charm and successfully manipulate us into doing what needs to be done. The collective good is going to need some further loss of privacy to be sustained. Once the good will vanishes, it’s going to need stronger collective data to do the job instead.

And as recently as February this  year we promised Prime Minister Scott Morrison that we would work with them on artificial intelligence.

Note this one just on travel:

The Prime Ministers underlined the need to maintain high security standards for trans-Tasman travel, and welcomed the use of biometrics technology and timely data processing to increase efficiency. They welcomed New Zealand’s successful introduction of the Electronic Travel Authority in October 2019, for both air and cruise passengers, and noted its twin aims of improving border security and enhancing passenger facilitation. The Prime Ministers noted the world’s first 3D auto-detection algorithms for identifying biosecurity risk materials, developed from joint trials in 2019, which will increase border screening effectiveness and efficiency for both countries.”

My bet is those kinds of records aren’t going to be temporary. Certainly not if we want a tourism industry for the next few years.

So how much more of our democratic values are we going to trade for the state’s demands in the name of public health and safety? The digital response to COVID-19 magnifies this shift.

As they have in Australia, we will develop a public health app. It will start as Opt-In, shift to Opt-Out, and then go to Compulsion.

Maybe that’s as short as when the next Level 4 lockdown happens.

Maybe Google just slips it into its next Terms and Conditions upgrade.

Hey government, can we at least debate this in the open?